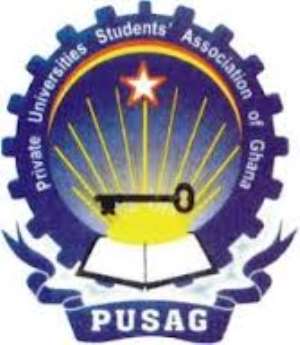 The congress would host delegates from accredited private universities across the country who would elect leaders to steer the affairs of the association for an academic year.

A statement issued by Mr Mohammed Sukparu Adams, the National President, PUSAG and copied to the Ghana News Agency on Tuesday said the event would be on the theme: 'Raising Critical and Problem -Solving Leaders to Impact Generations, The Role of Private Universities.'

Mr Adams said the meeting would also be used to launch the PUSAG Associate, which would act as an advisory board to the student group.

Other activities lined up for the congress include entrepreneurial seminar, relationship talk, health talk on hepatitis B and cervical cancer and a fitness walk.