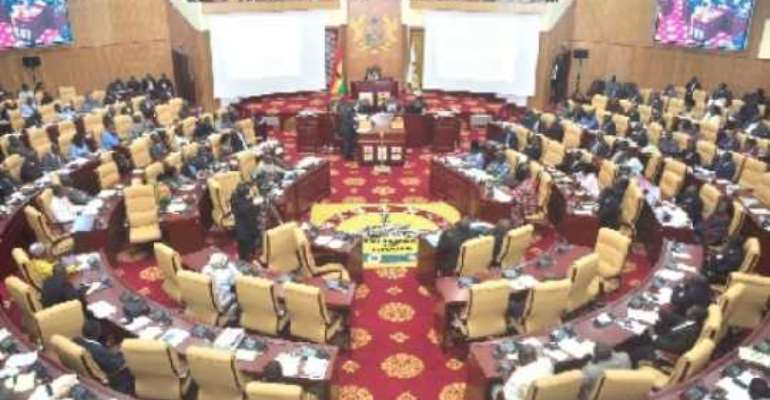 They contend that the government had violated Article 181 of Ghana's Constitution by contracting that loan, insisting that the process should be truncated until Parliament sanctioned the three-year Extended Credit Facility (ECF) agreement between the government and the IMF.

The side taken, in a statement issued in Accra to react to a Deputy Finance Minister Cassiel Ato Forson's characterization of the minority's position on the matter as arising out of 'ignorance', said it was unfortunate for the Minister to display his lack of knowledge on rudimentary facts surrounding loan acquisitions.

The Minority last week at a press conference said the loan agreement should be terminated until Parliament permitted the deal, and cautioned that it (Minority) would utilize every means, including legal action, to get government to correct the illegality of the IMF bailout programme if the process is not suspended by the end of September.

They were also astonished that the IMF had condoned 'such an egregious act' by Ghana's government given their experience in such matters, asking the Bretton Wood Institution to cease further disbursement of the ECF until Parliament had approved it.

But in a rebuttal, Mr Ato Forson said the Minority lacked the understanding of the IMF's programme with Ghana, and that their submission on the ECF was born out of ignorance because the credit facility did not constitute government borrowing that needed legislative backing.

He explained that although government was a signatory to the credits facility, the three-year deal was solely a transaction between the IMF and the Bank of Ghana (BoG) and that the loan was disbursed directly to the Bank of Ghana (BOG) as a Balance of Payment (BOP) support that would be utilised by the bank without the interference of government.

The Minister said government only signed a letter of intent together with the BOG Governor, because government would implement some of the policies supporting the IMF programme and that the facility, which would not be serviced from the Consolidated Funds, does not constitute government borrowing that required approval by Parliament.

However, the Minority's ranking member on Finance, Dr Anthony Akoto Osei who signed the statement said they were shocked by the Minister's submission, which betrayed his lack of knowledge on a basic fact that the IMF as an institution only lent money to its member states and not the institution of its member states such as the BOG.

He said although the BOG is a custodian of the funds of Government and effects payments, external or domestic, on behalf of the Government of Ghana, it did not mean that Bank could borrow on its own behalf.

'We reiterate the request that we submitted that the Extended Credit Facility is a loan to the Government of the Republic of Ghana and requires Parliamentary approval. We intend to pursue this cause.

'And we go to the courts if government dares us,' he said.

The IMF has said it would not interfere in the matter, stating in a correspondence that, 'As a general rule we do not comment on domestic legislative processes. In a similar vein, it is a matter of domestic law as to whether an IMF arrangement requires parliamentary approval, and we defer to the member authorities to make this determination'.