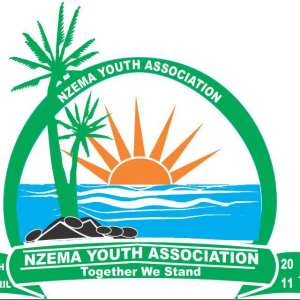 The Nzema Youth Aassociation has officially been launched at Aziema in the Ellembele District of the Western Region.The Association which has been in existence since the late 1970's was never active.It was officially registered at the the Registral General's Department by a group of young men and women who had the interest of the youth of Nzema at heart in 2012.

Delivering the inaugural speech,the Chief of Azulenloanu Nana Nrenda urged to takew advantage of education and get employment in the gas and oil industries in the region.he admonished them to make sure that the association stand and propagate the concerns and needs of the youth of Nzema.

The NPP Parliamentary candidate for the Jomoro District Paul Essien encouraged the leadership of the association tp follow the example of other associations that have chalked success in the country as they bring the youth of Nzema together.He urged them to unite as a group with the development of Nzema as their main objective.