Corruption Should Be Tackled From Class One - Kofi Anokye 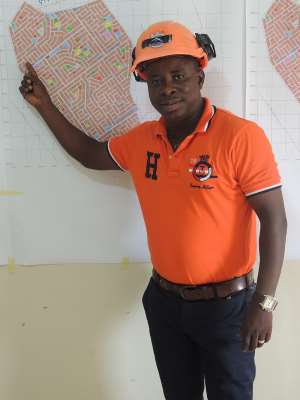 Mr Kofi Anokye, the Chief Executive Officer of Koans Building Solution has refused to be drawn into the widespread condemnation of judges on the back of Anas Aremeyaw Anas and his Tiger Eye crew’s expose’ despite commending the investigative team for admirable work done the nation.

According to him, the issue of judges selling justice must lead us as a people to wage the war again corruption from Basic Education level.

According to him, the seed of corruption is sown the very moment a child begins to cheat in an examination.

“We have a system where right from basic school, children learns how to cheat in examination, this is the root of corruption”

Mr Anokye, who alluded to losing a large number of lands he felt were genuinely his in court indicated that Anas’ revelation must rather cause us to attack corruption in its entirety instead of just dealing with the judges in isolation.

According to him, the judges are products of our corrupt society and cannot be counted on to act as Angels when the structure of this nation produces demons from all walks of lives.

“When people pay bribes to enter the university, what do you expect them to become when they complete and find themselves a job”

“When a judge after 20 years of practices is required to park his VW Pasat by the road whilst in traffic to allow a minister with much less educational qualification, less than five years working experience to pass by in his V8, how do you expect him to act afterwards? He quizzed

He noted that, even though judges fingered deserve to be be dealt with in accordance with the law to serve as deterrent to other in the future, the nation needs to adopt a holistic approach to fighting the canker.

According to him, the whole morale fibre of the nation is decaying and that should come as a worry and warning because it poses a very great threat to the immediate generation.

He suggested that a nationwide behavioural change campaign exercise should be embarked on and stiffer punishment should be given to people who are convicted on corruption without discrimination.

Mr Kofi Anokye is the CEO of Koans Building Solution. He set to be honoured in the 2015 International Socrates Award in London later this year for his contribution in the Real Estate Industry locally and internationally.