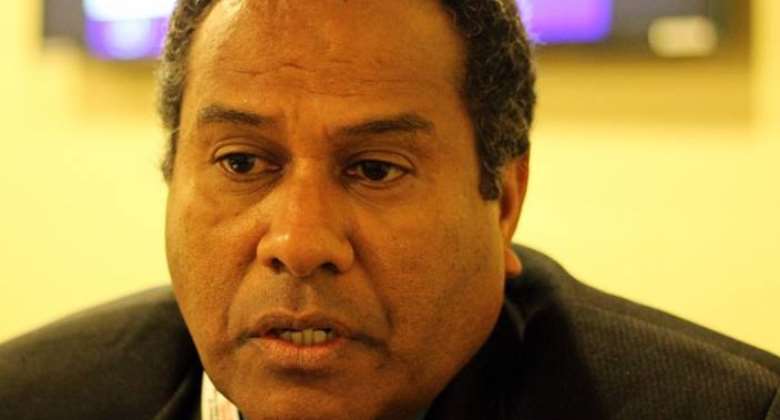 Video interview with Dr Paison Dakulala of PNG is online at:

A country like Papua New Guinea (PNG) with 20% projected economic growth rate, still has half of its population at or below the poverty line, and epidemics like TB, are setting off alarm bells - year after year! "Papua New Guinea is a land of the unexpected! 800 languages, overcrowded households, serious environment challenges - are just some issues that make TB control even more complex. 26% of all new TB patients, are children" said Dr Paison Dakulala, Deputy Secretary to Department of Health, Papua New Guinea.

Half of country's provinces have been identified as high burden for TB-HIV, and one-fifth provinces in PNG are high burden for multidrug-resistant TB. Dr Dakulala spoke with Citizen News Service (CNS) at the 5th Asia Pacific Region Conference on Lung Health, of the International Union Against Tuberculosis and Lung Disease (The Union).

IS FIGHT AGAINST TB GOING FORWARD OR RECEDING?

One cannot help but be reminded of the idiom 'embarrassment of riches' because despite the wealth of knowledge and evidence of what works (and what does not) in TB care and control, countries such as Papua New Guinea have a very long way ahead to get back on track for ending TB eventually. And let us not assume it is a financial resource issue because it is not! Problem is perhaps more complex as 'devil lies in the details.'

Thankfully, among other donors, the Global Fund to fight AIDS, Tuberculosis and Malaria (The Global Fund) has also financed the fight against TB in Papua New Guinea. The results are positive with prevalence and morality rates dipping, but on the other hand, number of patients whose treatment gets interrupted is increasing, and TB treatment success rate is on a decline. "10% of all new TB patients are rifampicin-resistant in national capital district, and some other provinces have even higher rates of drug resistance! 34% of MDR-TB patients were identified from Daru hospital alone" said Dr Dakulala.

"We have a public health emergency in Daru province in the West PNG because this province had a long history of poor supervision of anti-TB treatment (poor DOTS), very large number of patients who are lost to follow up, failure to confirm the cases basic test for TB (smear microscopy) and failure to identify drug-resistant TB cases until recently when Gene Xpert machines came in" said Dr Dakulala.

"We are one of the high burden TB countries in the region. Our case notification has reached up to 30,000. We have difficulty in case holding and getting our success rate where we want it to be. According to [1994-2005] DOTS strategy we should be diagnosing 70% of our cases and successfully treating 85% of them but we are not able to get the figures above 60%. A big problem is that 20% or more of our TB patients are lost to follow up or default - In certain provinces this rate is even higher than 20%. This is a recipe for drug-resistant TB and not surprisingly PNG has a challenge of multidrug-resistant TB. PNG also has extensively drug-resistant TB (XDR-TB) especially in provinces that share the border with Australia such as Western provinces and also in National Capital District. The government has initiated an emergency response for next 12 months to respond to these challenges and we are targeting 3 hotspot provinces where we see the highest rates of TB, MDR-TB and XDR-TB. Organizations such as Medicins Sans Frontieres (MSF) and Burnet Institute are trying to help us deal with this challenge too. The focus is to reach out to all those patients whose treatment got interrupted and they were lost to follow up, and get them back on treatment and move towards a favourable outcome. This is enormous work and very expensive too as MDR-TB is not a cheap option."

This is one of the most important aspects of TB therapy: ensuring patients complete effective treatment therapy and get cured!

GET BACK TO BASICS! DO DOTS WELL!
A joint review by global experts of the national TB programme in Papua New Guinea was carried out during 17-21 February 2014. The recommendations made by this review team were taken into account in drafting national strategy (2015-2020) and PNG Prime Minister had put in additional PNG Kena 7 million for TB control since then.

"The global review team has given us recommendations and the biggest one is to improve our DOTS strategy especially with the drug-sensitive TB patients. At this time in our country we still do not have any centres of excellence" said Dr Dakulala.

Same recommendation was made by another review done recently in the country. A review of the Green Light Committee (GLC) was carried out during 11-15 May 2015, key point of concern in GLC's recommendations was for PNG to do basic DOTS well. GLC is a mechanism which advises WHO and Stop TB Partnership by reviewing applications submitted by countries to procure quality-assured, secondline anti-TB drugs at reduced prices.

"We have put in all the recommendations made by the global review team into our 2015-2020 national TB strategy. The Global Fund financing of USD 21 million has also come in to support this work. Over next three years we will be able to implement part of this strategy. One of the components is to reach out to Basic Management Units (BMUs) as almost 30 of our BMUs are where 90% of our problem is! Our funding for next five years is PNG Kina 407 million. We are continuing to advocate with our government to increase funding" said Dr Dakulala. The National Strategic Plan for TB Control (2015-2020) is also aligned with the WHO End TB Strategy.

DIAGNOSING TB: STILL A CHALLENGE!
Despite political commitment from the Prime Minister of PNG and battery of actions taken by the national TB programme nation-wide to bring TB control back on track with WHO End TB Strategy, there are formidable challenges ahead. One of them, is as simple as diagnosing TB, and detecting drug resistance upfront.

Back in 'DOTS strategy' era, diagnosing TB accurately, and early, was enough because treatment for most patients was standard DOTS therapy. But now with widespread drug resistance it is becoming a public health imperative to detect drug resistance upfront, so that the particular patient gets treated with drugs-that-work for that individual!

Here is where the challenge is: Papua New Guinea does not have a single culture laboratory to do drug susceptibility testing (DST). "We still do not have any laboratory that does culture. Before the end of this year we may have a culture laboratory- but this laboratory may not be meeting all our requirement so we will aim to expand this capacity in future. We have linkages with Queensland reference laboratory in Australia and all our culture samples are sent there. That is why regional cooperation and responses are so very important. But since 2 years or so we do have Gene Xpert spread all over the country in almost all provinces. We have 600 or so MDR-TB cases reported so far" said Dr Dakulala.

Gene Xpert machines are evidence-based and WHO approved molecular tests that give a very accurat result within 100 minutes whether a patient has TB or not, and also whether the person is resistant to one of the most powerful anti-TB drugs used in firstline regimen: Rifampicin. Since most patients who are resistant to Rifampicin are also resistant to other powerful anti-TB drug used in firstline regimen (Isoniazid), so patients with Rifampicin resistance, are offered treatment for MDR-TB - and their samples are sent for further DST. When DST results come in due course of time, then healthcare providers will adjust the treatment regimen of the patient to ensure the individual is taking all drugs she or he is sensitive to.

Having Gene Xpert machines in every province of Papua New Guinea is thus a major leap forward as TB can be accurately diagnosed and Rifampicin resistance can be detected, within 100 minutes! It will be important for PNG to get culture testing and other DST tools in its laboratories soon as well.

TB, CROSS-BORDER MIGRATION AND PNG!
Dr Mario Raviglione, Director of the WHO Global TB Programme, said at this conference that of all the new TB cases, 88% in Australia and 75% in New Zealand are among foreign born!

But does TB screening of migrants help find more cases? Dr Paul Douglas, Chief Medical Officer in Department of Immigration, Australia, said 56% of active TB cases in Australia were picked up through screening in overseas-born.

Dr Douglas emphasized that Australia follows WHO's systematic screening for active TB principles and recommendations of 2013, main aim of which is to ensure active TB cases get treated, risks of poor outcomes are reduced, and risk of social consequences as well as transmission are minimal.

Dr Douglas said that addressing TB in migrants is for global public health good as it is an intervention or service whose benefits cross borders and profit communities. It is one of the "most important (public health) priorities for TB control and prevention!"

Dr Dakulala shared "We are able to manage TB in migration across borders - much better than ever before! Both sides (Australian and PNG sides) have better dialogue and protocol on this issue. Screening does happen to get TB patients who are natives of PNG to come for care. Access and equity are important issues in border areas and so we need to work harder to respond to migration issues."

HIV-TB AND DIABETES-TB
"HIV co-infection is also high in Papua New Guinea. Our epidemic is a concentrated one - we need to deal with TB and HIV co-infection better. We have not done well on that and this is part of our new strategy and we do aim to deal with it. Likewise we also need to respond better to TB and diabetes co-morbidity" said Dr Dakulala.

According to the World Bank, Papua New Guinea's economy performed strongly from around the mid-2000s. Papua New Guinea is rich in gold, oil, gas, copper, silver, timber, and is home to abundant fisheries. Approximately USD 1 is equivalent to PNG Kena 0.36. But fight against TB did not made gains like most other high burden nations.

According to another report of the World Bank, health spending relative to GNI per capital and as a revenue share of GDP in PNG is low. Government spending as a share of total health expenditure is, however, high and the financing system is dependent on a number of complex interactions between a number of agencies, both at the national and subnational level. The current system of health financing has not delivered improved health outcomes; in fact health outcomes in PNG have been stagnant in recent decades. PNG is not on track to meet any of the health-related Millennium Development Goals (MDGs).