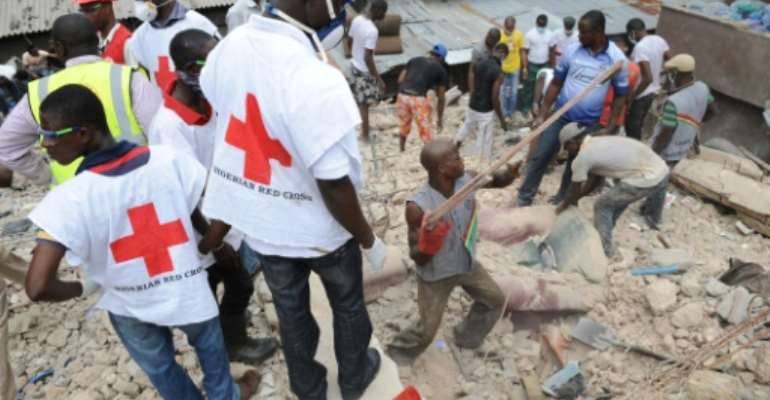 Three boys, two girls and a teacher were killed in the incident on Sunday at the Abu Naima school in Bukuru, NEMA local coordinator Mohammed Abdulsalam said.

Abdulsalam had previously given a toll of five people dead and 24 injured.

Investigators are looking at whether the addition of extra floors onto the single-storey building was a factor, he said.

Heavy rains earlier in the day saw many children stay away from the school, which is for pupils aged five to 10, he added.

"The rescue operation was concluded last night (Sunday) at about 10 o'clock (2100 GMT). We are going this morning for further checks," he explained.

Last year, 116 people, most of them South Africans, were killed when a guesthouse for foreign followers of popular pastor and televangelist TB Joshua collapsed in the financial capital, Lagos.

A coroner in July ruled that structural failures caused the collapse and recommended the church should be investigated and prosecuted for not obtaining planning approval.

Extra floors were being added to the building at the time.