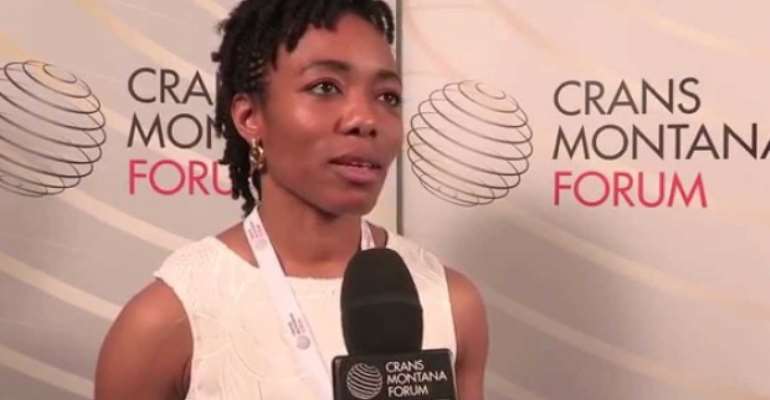 Amid chants from supporters, Dr Ezanetor Rawlings filed her nomination forms minutes before the Thursday deadline.

She will be coming up against incumbent Korley Klottey MP, Nii Armah Ashitey, and grandson of national hero Tetteh Quarshie, Leeford Kpakpo Quarshie.

'When your popularity is not based on ego but your connection with the community, then you know where you stand. I think the crowd here speaks for itself,' a confident Ezanetor told Joy Fm.

Despite the keen contest expected in the Korle Klottey parliamentary race, the daughter of the NDC party founder says she believes she has the upper hand.

'I have no doubt about that but I think at the end of the day the most important thing is that we work together and empower the community…,' she intimated.

Ezanetor has no experience in politics and has in the past denied having any political ambition.

'At the time, my denial was actually exactly what it was. I had no political ambitions. As the cleaning campaign and the environmental activism gained ground, the support on the ground was increased and more people started calling for political involvement. So that is how we found ourselves here.

'At the end of the day it is really a question of conviction and I believe that this is one way to achieve the objectives,' she said.

When asked how long she had harboured this ambition, Ezanetor said, 'My decision was very recent. Up until now all I wanted to do was to contribute to the community.'

She would, however, not be drawn into the conversation about her mother, Nana Konadu Agyeman Rawlings, who broke away from the governing party to form her own party, the National Democratic Party.

'I would like to focus on the issues now which would have to do with the development of the community,' the medical doctor maintained.