Many children not immunised due to inaccessible roads 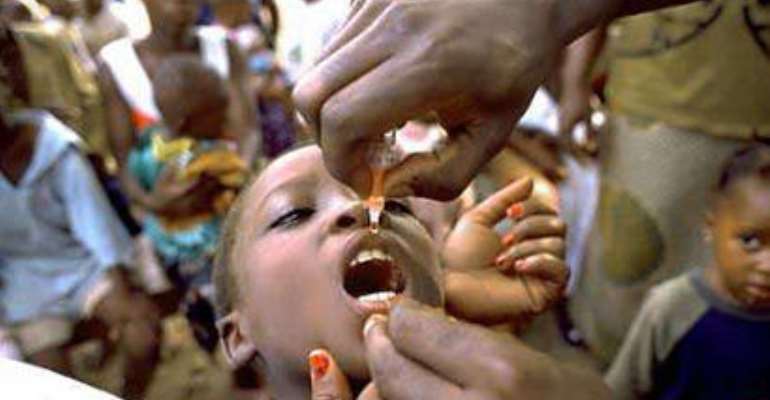 Twifo Praso (C/R) Oct.7, GNA- More than 1,000 children in some communities along the banks of river Pra in the

Twifo-Hemag-Lower-Denkyira District, might not be immunised against polio when the exercise takes off on October 8 to 10.

This is due to inaccessible roads leading to certain communities including Nyamebekyere, Kojokrom, Domiabra and Pra-Agave. Mr George Opoku Asumadu, the District Disease Control Officer who disclosed this to the Ghana News Agency (GNA) on Thursday, said canoes, which normally ferry people to the area were old and could not be used anymore.

He said 36,313 children, were expected to be immunised in the district against polio and that in order to achieve the target, the district health team in conjunction with the District Assembly is to sensitise the public on the need to have their children immunised. He said about 40 volunteers have also been trained to assist health personnel, and appealed to the assembly to assist the team to reach the communities along the river during the exercise.

In all, a total of 458,217 children were to be covered in the exercise and that, 3,824 volunteers and 244 supervisors have been recruited.

No ‘aboboyaa’ allowed on Accra highways from November 1 — He...
43 minutes ago