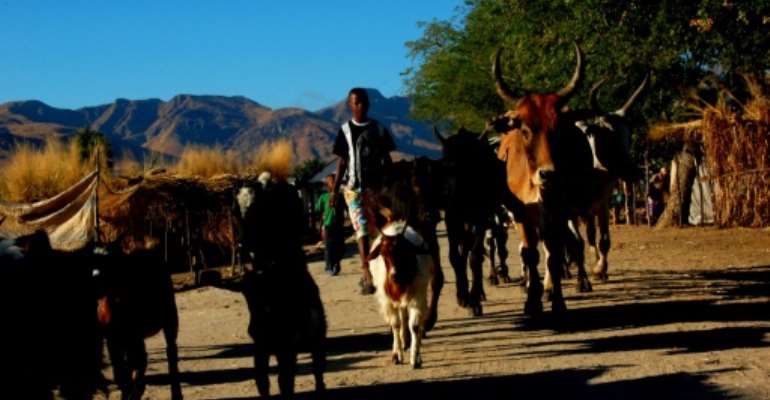 At least 18 people have been killed in cattle-rustling violence in Madagascar. By Bilal Tarabey (AFP/File)

Antananarivo (AFP) - At least 18 people, including a paramilitary policeman, were killed in cattle-rustling violence in Madagascar over the weekend when thousands of animals were also stolen, police said Monday.

Theft of the much-prized humped zebu cattle has surged in recent years on the Indian Ocean island, where hunting the animals is a rural tradition among young men seeking to prove their virility.

The cattle are also stolen to be sold for money to the nearby island nation of Comoros, despite a government ban.

The military and the police, backed by a helicopter, launched raids on the rustling gangs, triggering fierce firefights.

The dead included 14 rustlers, three villagers and one officer, according to police. No arrests have been made yet.

Cattle stealing has fuelled inter-communal violence in Madagascar, with the army accused of carrying out extra-judicial killings and razing villages that are suspected of sheltering rustlers.

A symbol of wealth, zebu are at the heart of local culture in southern Madagascar, where they are eaten only at weddings or special celebrations, sacrificed for ancestor worship or in burial rituals.