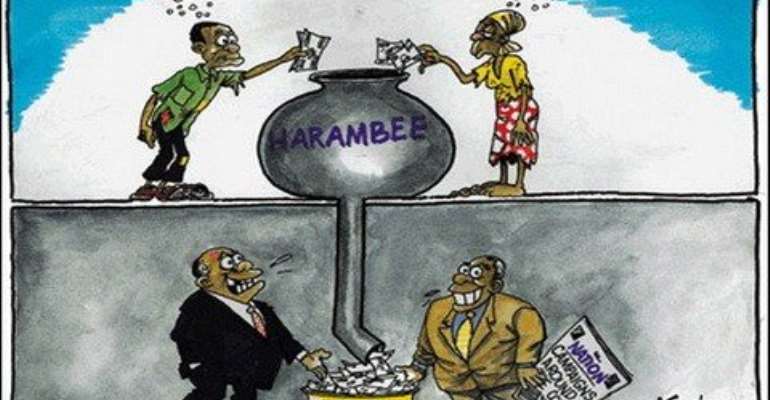 The Clerk of the Juaso District of the Presbyterian Church, Mr. Ismael Arko Mantey, has expressed concern about the endemic rot and disregard for acceptable conduct, particularly in the public service and said, the church should do more to help people to act appropriately.

He described as ironic, the situation where many public office holders openly identified with the Christian religion and “yet corruption continues to run deep in our public institutions”.

He reminded everybody that it was not simply enough to proclaim the Christian religious faith but to mirror the values and teachings.

Mr. Mantey was speaking at a thanksgiving service held by the Mount Calvary congregation at Juaso, under the theme: “Be a channel of truth and holiness”.

He said Christians were enjoined by their faith to become good example to others in their community and this entailed refusing to be part of anything evil and despicable.

“My heart bleeds, seeing the very people who, thronged the church auditoriums and open air places to worship on Sundays, shamelessly engaged in corrupt practices at their workplaces.”

He said: “They abandon their Christian faith when performing official duties and after shortchanging the people, whose taxes are used to pay them, they come to the church, pretending to be angels.”

He advised all to be ethical in their conduct to pull the society back from the path of self-destruction, and that, they should not allow the craze for money and materialism to impair their conscience.

Mr. Mantey urged members of the church, especially the youth to uphold self-discipline, decency and service to humanity.