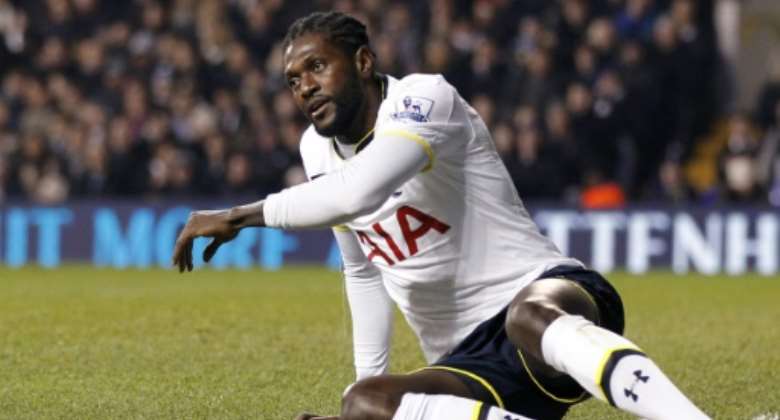 London (AFP) - Togo striker Emmanuel Adebayor has been released from his contract with Tottenham Hotspur by mutual agreement, the Premier League club announced on Sunday.

The 31-year-old's departure was anticipated as he was not included in Tottenham's 25-man Premier League squad for this season or given a squad number.

"We can confirm that we have reached a mutual agreement with Emmanuel Adebayor which will see him released from his contract with the club," Spurs said in a statement on their website.

"We wish Emmanuel well for the future."

Formerly of Metz, Monaco, Arsenal, Manchester City and Real Madrid, Adebayor joined Spurs, initially on loan, in 2011, before signing on a permanent basis in August 2012.

Tim Sherwood's appointment as Villas-Boas's successor led to a brief upturn in Adebayor's fortunes, but he faded from view under Mauricio Pochettino last season, making only 10 appearances.

"I was very clear with him. We had a conversation before the end of last season and I explained my idea," Pochettino said on Friday.

"I think it is clear he is not in my mind or in the plans for the future of Tottenham. It is not a problem for him or a problem for us.

"It was clear from the beginning, three or four months ago, and it was his decision whether to stay or not.