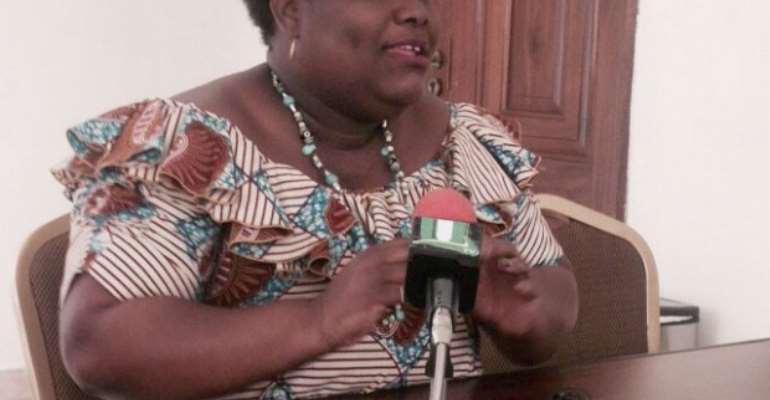 Nana Oye Lithur
Drama unfolded in the Tarkwa-Nsuaem constituency of the Western Region on Thursday during the submission of nomination forms by prospective parliamentary aspirants at the constituency office of the National Democratic Congress (NDC).

The constituency women organiser was locked up in her room by a group of women numbering about 20, to prevent her from filing her nomination forms to contest in the party's parliamentary primaries.

The group, led by one Gloria Minta, claimed that the women organiser, Gladys Agyiri – wife of the late constituency chairman – could better serve the party in her current position.

The women also claimed that the women organiser should mourn her late husband for at least a year before she engages in such ventures.

The group reportedly released the women organiser after close of nominations at about 7pm on Thursday.

As if that was not enough, she claimed that she was terrified yesterday when she woke up to see a dead cat and the carcass of a goat, suspected to be “juju” dumped in front of her door.

She could not fathom why someone would go to that extent of trying to harm her spiritually.

A popular broadcaster, Kwame Dzokoko, who is tipped to win the Tarkwa-Nsuaem primaries of the NDC, submitted his forms in the midst of the drama. He is being challenged by one Joseph Okyere.

Meanwhile, 72 out of the 81 activists of the NDC in the Western Region who picked nomination forms to contest the party’s upcoming parliamentary primaries, submitted their forms as at 5pm on Thursday.

The dead cat
Out of the number, five were women but three submitted their forms.

Three people in the 22 metropolitan, municipal and district chief executives in the region also submitted their forms to contest in the primaries.

The former Sekondi/Takoradi Mayor, Capt (rtd) Anthony Cudjoe, will be contesting in Sekondi alongside a former regional minister, Betty Bosomtwe Sam and Emmanuel Assefuah, an accountant with the Regional Lands Commission and one other candidate, Armah Nyamekye.

Two persons filed in Effia – Mahmoud Ali, the immediate past presiding member of the Sekondi-Takoradi Metropolitan Assembly and Michael Otoo, whilst three others filed at Essikadu/Ketan.

Fifty-six-year-old Augustine Arthur, a US-based security expect, will be going unopposed in the Kwesimintsim constituency because Francis Kasim Apuri, who contested and lost on the ticket of the party in the 2012 elections, failed to file his nomination forms this time round.

Nana Oye Chickens Out
The incumbent MP for Shama, Gabriel Kojo Essilfie, will also be going unopposed in the primaries after a last-minute withdrawal by Nana Oye Lithur, Minister of Gender, Children and Social Protection.

The minister caused a stir in the constituency after picking a form last Tuesday.