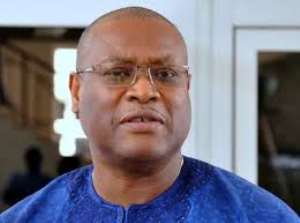 Doctors at the Urology Department are growing increasingly worried about claims by a local herbal clinic that it has a cure for prostate cancer.

According to them many patients who received treatment at this clinic have been rushed to Korle Bu sometimes as emergency cases.

Dr James Edward Mensah of the Department said too many people have been rushed to his ward after they had been subjected to a bout of concoctions from this herbal clinic.

Dr Mensah said there is a real crisis and the state needs to intervene immediately to stop the clinic from doing more harm to innocent patients.

“Most of the men who come here, hear claims on radio and television and they go for these advertised treatments only to make their case worse” he said.

Mr Edward T. Laryeh, a 57 year old principal of a technical training college in Accra maintains that the doctor at the herbal clinic is not exactly a murderer but his herbal concoctions have not cured his prostate cancer.

It has made the problem worse. From a normal weight of 40 his prostate now weighs 134 grams.

According to Mr Laryeh, he has spent all of his life savings over the past three years in search of a cure at that Clinic to his disappointment.

Some other patients on admission at the ward had similar stories to share and records of patients who’ve been defrauded or died from receiving treatment at the popular herbal clinic have been compiled by doctors at the department.

The prostate is a gland found only in males. It sits below the urinary bladder and in front of the rectum. The size of the prostate changes with age. It grows rapidly during puberty, fueled by the rise in male hormones in the body.

The prostate usually stays about the same size or grows slowly in adults, as long as male hormones are present.

In younger men, it is about the size of a walnut, but it can be much larger in older men.

The prostate’s job is to make some of the fluid that protects and nourishes sperm cells in semen, making the semen more liquid.

Some medical doctors have told The Insight that it is quiet rare to have prostate cancer below age fifty but a lot of diseases can cause urine blockage.

“You can damage your tubes through accidents. There are some with enlarged prostrates and some are caused by cancer. When you come to the hospital we examine you to find out exactly what is the cause of the problem and we treat it”, said one doctor.

According to the Chief Urologist there are many instances when the herbal doctors actually get the diagnosis wrong.

“Sometimes the victim could be suffering from cancer but they say it is not cancer and when it is not cancer they diagnose cancer. It takes a lot to train a urologist and some of these so called herbalists are doctors but are not specialized and they claim they are now herbal doctors.

“A lot of the drugs they offer do not work because the treatment of prostate cancer applies science. A lot of diseases can prevent urination but these doctors do not know and they put the patients on concoctions which can be dangerous to their kidneys. By the time the patients come here, they have wasted all of their monies, their disease have progressed and they are worse off because they have taken the wrong medication”

But that is not all. He had more to say. “There are times when the patient comes in an emergency and we put the rubber in his penis because the urine is not coming, the patient is in retention, the urine is in the bladder and when it stays in the bladder it brings about pressure and damages your kidney. We have patients on the wards with two kidneys failed and when that happens you are in serious trouble so we put the rubber there and you join the queue and when it gets to your turn, we conduct the operation, we take the rubber out and you are fine.

“But these quack doctors will take the rubber out without the surgical operation and the patient will strain to pass urine and by the time they come here the kidneys are gone and nothing can be done about it.

The Urologists explained that these things are happening because there is a long queue of sick people waiting to be operated on and they are desperate. He has therefore called on the state to build capacity.

“It is the right of every Ghanaian and it the responsibility of the state to ensure that every one of its citizens receive adequate healthcare. We cannot leave the lives of our people into the hands of some dangerous characters out there in their quest to make undeserved profits.

We have to train more doctors, we need to have more theatre sessions because urologists are the man’s gynecologist and yet there are a few urologists compared to gynecologists in the country” he said.