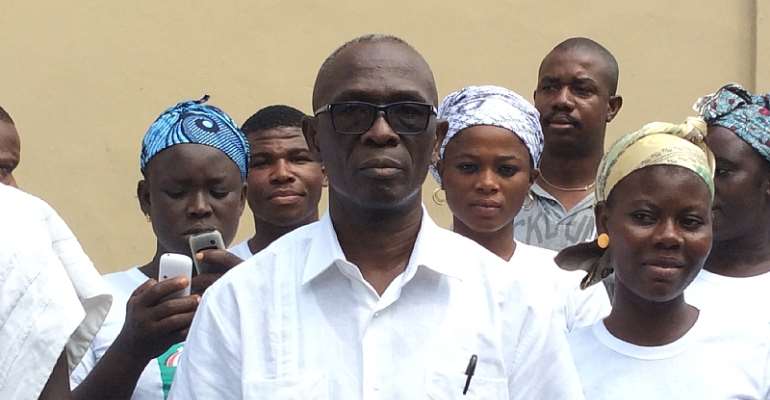 The immediate past Executive Director of the Economic and Organized Crime Office (EOCO), Mr. Biadela Mortey Akpadzi has filed his nomination documents to contest in the Ho West parliamentary primaries of the governing National Democratic Congress (NDC).

Mr. Akpadzi successfully submitted his forms at party’s constituency office at Dzolokpuita in the Volta region, on Thursday amidst fun fair and cheers from his supporters.

The former EOCO boss is seeking to unseat the incumbent MP, Mr. Emmanuel Bedzrah, who he believes has dully represented the constituency to the best of his ability, but there is a need for a new face with fresh ideas to push further the constituency developmental agenda.

The incumbent who has been representing the area since January, 2005 is also seeking a forth term in parliament alongside two other aspirants who also picked nominations to contest in the primaries.

“Development is about humans, and I connect very well with the grassroots of the party. Even behind the scenes, I have coordinated a lot of developmental projects in district which is there for all to see.”

“ I believe I can do much more should I get the nod to represent my people in parliament. My experience as the head of EOCO will be brought to bear in the operations of parliament to ensure the sealing of loopholes in the public financial system.”