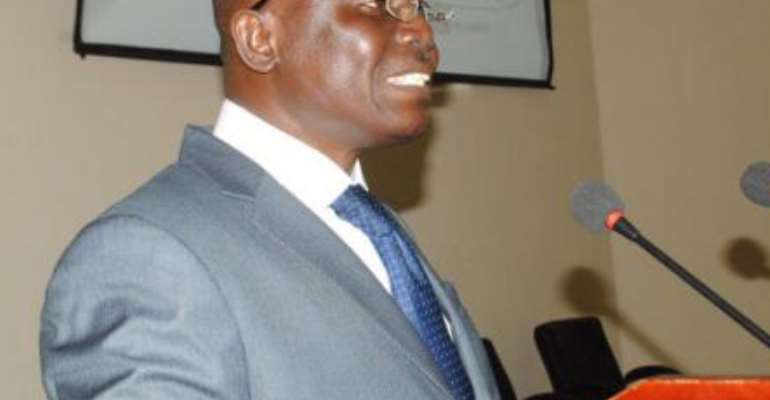 A new report by the Institute of Statistical, Social & Economic Research (ISSER) has stated that Ghana's growth prospects in the near-term, seems quite bleak given the country's infrastructural challenge, particularly in the energy sector.

According to the 'State of the Ghanaian Economy (SGER) 2014', which was formally launched in Accra yesterday, the erratic power supply, also referred to as 'dumsor', continues to wreck considerable havoc with productive economic activities with negative implications for employment via decreasing derived demand of labour.

Prof Felix Asante, Director of ISSER, who presented the report, referred to a 2015 IMF report which indicated that macroeconomic management remained a real challenge. 'Inflation is very high even by African standards. It is at least three times the average in sub-Saharan Africa (SSA). Interest rates remain extremely high, especially amidst very low rates globally. The domestic fiscal and external current account deficits are large, with either roughly three times the SSA mean.'

Gov't debt
The report further indicated that government debt, which was about twice the SSA average and nearly double its value just five years ago, was huge by both historical and SSA standards, with a rapidly increasing share being owed to the private sector.

'Furthermore, the infrastructural challenge remains daunting as exemplified at least by the ongoing 'dumsor' problem. These challenges suggest that Ghana needs to undertake a serious prioritization of its public finances. In addition, there has been substantial proliferation of private tertiary institutions in the country, while the share of the public budget spent on education, especially tertiary education, currently is very high.'

Finally, it said despite Ghana's current ranking in the top quintile of SSA countries on measures of institutional quality, the country's sources on 'government effectiveness', an indicator of the quality of public services, have fallen below world average since 2009.

'Yet, this measure of institutional quality is critical if Ghana is to maintain the level of 'developmental governance' that is required to sustain the economic growth and development success accruing from the reforms beginning in the 1980s.'

Backed by strong investment in the oil and gas sectors as well as by public infrastructure and favourable commodity prices, the report said Ghana could sustain continuous economic growth well into the future, provided the country improved its macroeconomic management which required bold efforts to reduce its budget imbalances. 'Unemployment remains a key challenge, however, and opportunities for employment in the industrial sector remain limited and highly specialized.'

Oil dominate exports
The composition of Ghana's trade continues to be dominated by the primary commodity exports, gold and cocoa, however the advent of oil production seems to be changing the pattern of the country's exports.

'Is Ghana teetering toward an oil-dominated economy, or might the proceeds from oil exports be employed wisely to diversify the economy?

In order to ensure that medium-term growth targets are met, the report called for massive investment in productive infrastructure and prioritization of non-traditional exports.

Growth rate to fall this year
Despite the projected slight improvement in economic growth in the global economy in 2015 and 2016, Ghana's GDP growth rate is projected to fall in 2015 but then rise in 2016 (IMF, 2015).

'This scenario is in concert with the projected pattern for SSA generally.

Structural limitations globally in infrastructure, labour markets and declining commodity prices are contributing greatly to the slowdown in the growth momentum in many emerging and developing economies, including Ghana.'