Confirmed - Fuel Prices May Go Up In February 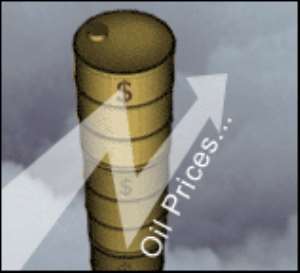 The Energy Minster, Dr. Paa Kwesi Nduom has confirmed suspicions that fuel prices could go up next year, but adds that the final decision lies with cabinet. Speaking to JoyNews about the possible effect of the petroleum sector's de-regulation next year, Dr. Nduom said efforts are being made to roll complete the deregulation exercise by February next year. He added that, as the process is completed next year, cabinet would determine fuel price adjustments and the implementation of the final phase of the de-regulation. He told JoyNews cabinet would consider the country's readiness to go ahead with the programme, which includes technical work and a thorough review of the policy by cabinet itself. He is however hopeful that world price of crude oil will be within range by that time. Economist Prof Cletus Dordonu has suggested that government renegotiates with the development partners for an extension of the period for de-regulation to take place at a slower pace. But government considers the deregulation process purely as its decision and not the IMF's or the World Bank's. Dr Nduom says cabinet will decide the appropriate time to de-regulate. It is being speculated that fuel prices would jump after the December polls when the petroleum sector de-regulation policy is expected to be in full force. Although Dr Nduom says efforts are being made to conclude the process by February next year, he expressed hope that his projections of a fall in crude oil prices to below the 40 dollar mark would make it easier for the policy to be implemented.