Village of 1,000 quarantined after Ebola death in SLeone 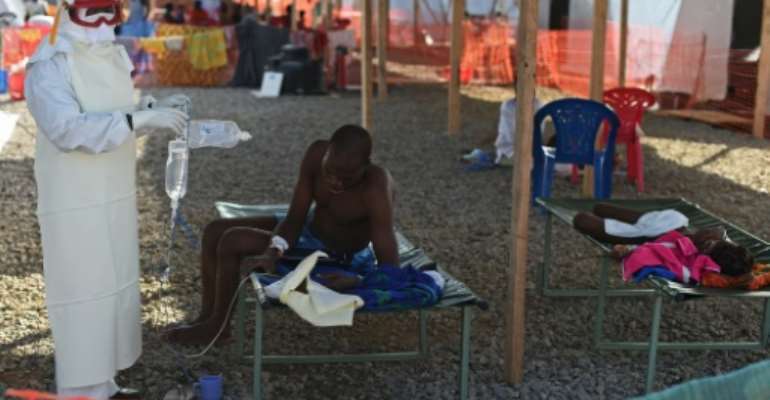 A nurse assists a patient at an Ebola treatment center in the Sierra Leone town of Kenema in 2014. By Francisco Leong (AFP/File)

Freetown (AFP) - A village of almost 1,000 people has been placed in quarantine in Sierra Leone after the death of a 67-year-old woman from Ebola, officials said on Friday.

The three-week lockdown comes after officials announced on Tuesday that the food trader had died in Sella Kafta village in the northern district of Kambia, after being sick for up to 10 days without the authorities' knowledge.

"Over 970 people are being monitored under quarantine as there is information that they had had some contact with the deceased woman who tested positive after her death," the district Ebola response office said in a report distributed to reporters.

"From those under quarantine, 48 are considered as high risk and they are in various holding centres in the district and not treatment centres, as none of them have exhibited any signs and symptoms of Ebola."

Kambia chief administrator Alhaji Abu Bangura told the local Africa Independent Radio station that the district was on "high alert" to ensure the virus did not spread.

The death brought to an abrupt end the optimism sparked by the release of Sierra Leone's last known Ebola patient from hospital in the central city of Makeni last week.

The latest victim had not travelled to either Liberia or Guinea, two other countries hit by the worst outbreak of Ebola in history, which has killed some 11,300 people since first emerging in December 2013 in Guinea.

News of the new Ebola death came as a new school year got underway Monday, with measures in place to try to prevent the spread of the virus.

Schools were closed for more than eight months at the height of the Ebola outbreak.