.....Before It Becomes Operational
By Emmanuel Amoquandoh 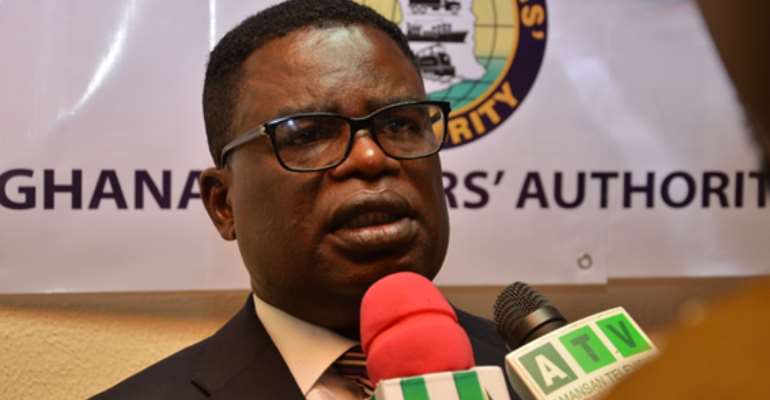 Twenty (20) Countries, including Ghana, are expected to ratify the Rotterdam Rules before it comes into full force to ensure harmonization in the maritime trade.

Already, three countries, Spain, Republic of Congo and Togo have taken turns to ratify the “Rotterdam Rules” awaiting the remaining countries to do same.

Chief Executive of the Shippers Authority, Dr. Kofi Mbiah, stated that the “Rotterdam Rules” was drafted as far back as 2008 and has been signed by 25 Countries in 2009, and seven (7) down the line The Rotterdam Rules has not come into fruition.

The “Rotterdam Rules” is a treaty comprising international rules that revises the legal and political framework for maritime carriage of goods, and it replaces The “Hague Rules”, The Hague Visby Rules and the “Hamburg Rules”, which has been in existence for half a century now.

The “Hague or Hague Visby Rules” was formed on the 25th August, 2015, to set international rules for the international carriage of goods by sea and has been in existence for almost a century, while the “Hamburg Rules” have been in existence and has ruled for almost half a century now, having been formed on 31 March 1978, to be an improvement on the previous “Hague Rules”.

With this, Dr. Mbiah said, “as part of their work for the forum, they will consider how to accede to the new convention which will be beneficial to shippers, consignees and careers.”

It is for this reason Dr. Mbiah said, the third quarter consultative forum by the Ghana Shippers Authority on the “Rotterdam Rules” was organised, to bring together all stakeholders such as shippers, the Authority and the government agencies involved in the service provision in the clearance of goods, and operators along the logistics chain in the transport industry.

“This is in respect of international trade to ensure trade facilitation, efficiency and competitiveness for all the industry players”. He added.

According to the Chief Executive of the Shippers Authority, the forum was meant to converge all stakeholders in the industry to discuss the new United Nations Convention on the Contract for the international carriage of goods wholly or partly by sea of which the authority has been very much involved in it formation.

Over time, the implementation of the various regimes on the conduct and carriage of international trade created some segmentation and subsequently affected the certainty of the law in the field of maritime transportation

The recognition and acknowledgement of the existence of the problem was what globally called for a vigorous search for a new legal order that would create certainty, uniformity, harmonization, and modernity as well as reduce cost in international business transaction involving the carriage of goods by sea.

Consequently, the United Nations Commission on International Trade Law (UNCITRAL) responded to the clarion call for the change and created the platform that allowed for inter-governmental negotiation towards the creation of a new regime of international rules that would govern the contract of maritime carriage of goods.

I Felt Very Safe Under Mahama – Manasseh
19 minutes ago