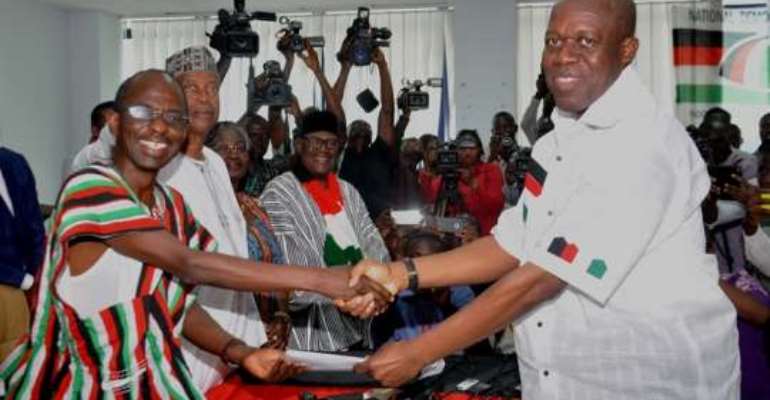 He said the president would beat any contender to retain the NDC's presidential candidacy in next year's polls.

Vice President Amissah-Arthur made this known after picking the NDC Presidential nomination forms on behalf of President Mahama at the party's headquarters at Adabraka in Accra.

Vice President Amissah Arthur said the reason for bringing such esteemed personalities along was to show that the party is united and that they still have elders whose experience and knowledge could be combined with that of the youth for national development.

He said President Mahama is seeking the nomination with a deep sense of humility and responsibility as well as the renewal of his mandate as the leader of the NDC and also the President of Ghana.

He expressed confidence that the people of Ghana would renew the mandate of the President.

Vice President Amissah Arthur said the President is confident that he would be victorious in the party's selection process.

He said even though some people may have ambitions to contest him he does not begrudge them.

Mr Johnson Asiedu Nketia, General Secretary of the party stated that the party has dismissed some officials who issued presidential nomination forms to one presidential aspirant, George Boateng.

He announced the party's decision when he presented President Mahama's nomination forms to the Vice-President, Paa Kwesi Amissah Arthur.

He said the accountant at the party's headquarters who has worked there for 20-years now, and who issued the forms to Mr. Boateng, ought to have known better.

He said according to the party's rules, it is only the General Secretary of the party or his assigns, who could endorse and issue presidential nomination forms.

He said it was therefore unacceptable for the accountant and the other officials to facilitate the process for the polling station youth organiser of the party at Oyarifa in Accra, George Boateng to pick up the forms.