Easing The Burden Of Slum Dwellers

....The Story Of City Of God
By Kwesi Yirenkyi Boateng 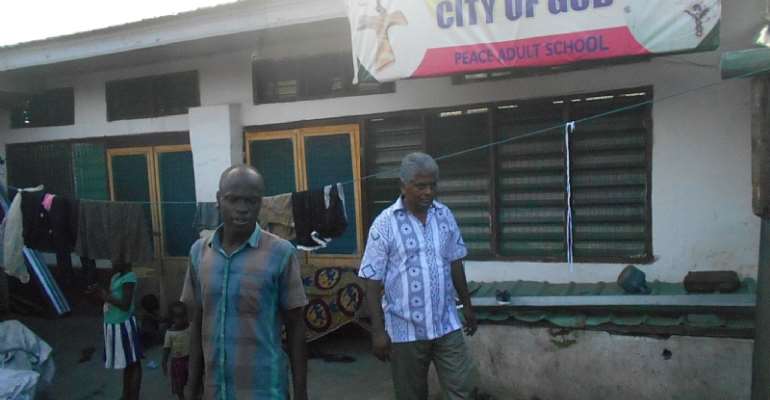 Faced with the eviction action of the Accra Metropolitan Assembly, a lot of inhabitants of Old Fadama have deserted their abode, while some are still picking their pieces. A lot are in distress, and many are unsure of what their future or what fate will be.

In the midst of all these, the City of God project at the heart of the Old Fadama is still continuing its mission to empower the people in the area, by offering some inhabitants basic training in English language and Arithmetic, and a source of source of livelihood.

For those receiving the support and training, they are more than glad and cannot say much at a time most of their colleagues have relocated to their various hometowns and villages mostly in northern Volta and Northern Regions.

The City of God project, a baby of the Catholic Archdiocese of Accra is an effort to evangelize the people living in the area and its surrounding, as well as bring relief to the suffering there. It is in fact a direct strategy to train the unemployed and empower both young and old either acquire some basic skills or to read and work arithmetic.

The project which is striving to bring light to the people and improve upon the lives of individuals, is also trying to reorient Ghanaians on the need to change the bad perception they have about the people of Old Fadama. The project in effect highlights the fact that there are good and godly people there, who were created in the image of God and deserve a dignified life, instead of the aged old stigma tag of the people.

Rev. Fr. Subash Chittilappilly, MC, Administrator of the Project, in an interview noted the serious psychological effects the stigmatization was having on the people living there, and questioned why the wide stereotypical discrimination of the people there, who are also God’s people. “They also deserve to be treated with dignity, instead of describing them derogatively,” e added.

Shedding light on the project, Fr. Chittilappilly, stated that the City of God runs three streams of the educational training support programme for the people in the community at the facility. They include the beginners class (for those between 8 and 12years), which runs from 9:00 to 1:00pm, the inter-mediate and adult class mostly in the evening.

Elaborating further, he observed that the adult class, helps adult in the neigbourhood who work during the day, but desires to learn to read in evening. He noted that the number of adults in the evening class have reduced, partly due to the eviction exercise which affected most of them.

“The project also trains some women in handicrafts and sewing for some adults mostly women to support their livelihood”, he added.

A visit to the Beginners Class with about 20 anxious looking pupils showed how these youngsters were actively involved in the class activities. Spotted in their black and white patterned tie and die attire, and with an innate eagerness written all over them, the pupils were busily listening to Sr. Eileen Mc Grath, FMM, their Teacher, who was taking them through class some interesting activities, when I got there.

Most of these pupils who are seeking to educate themselves or whose education were truncated because they were relocated to Accra to help others relatives or to be house helps, now have a privilege to equip themselves in a way before joining the regular school system.

Sr. Eileen, affectionately called Sr. Ekua, a retired missionary teacher, stressed the importance of education, and says it was a blessing and joy to positively impact in the lives of the children and to encourage them further their education.

With their enthusiasm to learn, Sr. Ekua noted the efforts they had made so far, adding that if the children had a sound basic foundation in English and Mathematics, nothing could stop them from moving studying to higher levels. She observes that, it would be much easier for them to build on what they have learned, which she says, should make them go through the academic ladder with little efforts and the right support from their parents or caretakers.

A 10-year old May (not exactly her name), pupil of the class, relates how she juggles to the class and still goes to sell ice-water in the market for her caretaker. Like May, whose desire was to become a banker, some of her mates shares similar hopeful ambitions. They confirmed their desire to go to school to become responsible people in the society.

Commenting on the assessment of the pupils under her care, Sr. Ekua says they were really doing their best, and noted that a number of them who excelled have with the support of their parents’ or caretakers,’ been enrolled into the regular schools around the area. She reports that checks at the schools where some of the people were sent indicated they were doing well.

Other intervention by the project, according to the Administrator, includes free medical screening for resident on every Friday. This according Fr. Chittilappilly was done with the collaboration of some benefactors, and philanthropist and volunteers to help resident in their health needs, since there were no clinics in the area.

He highlighted the support volunteers were rendering in the areas of teaching English, Mathematics, which contributes to the smooth running of the Project. He however reiterated the need for more volunteers to help run the project.

Touching on the success of the City, the mentioned the training of the now defunct Fire Volunteers, who helped to curb the intermittent fire outbreaks in area.

Lamenting on the challenges of interesting volunteers to work at the City, the Administrator noted that the negative tag and stigma of people in the area, was affecting the morale of volunteers to come and support the project.

He appealed to the media to focus on the many good things happening in the slum, instead of always hyping the few negative events in the area that turns to cast a bad outlook to the people there. “There is the need to consciously support the people there overcome their challenges instead of stigmatising and neglecting them totally”.

For now, the City hopes to construct a Clinic for the people of Old Fadama, and also plans to mobilise resident youth to help construct proper drainages to curtail the perennial floods that affects the residents of the area.

It is a fact that the largest shantytown in Accra with over 80,000 people that stretches along the Odaw River and the Korle Lagoon, and nearer to Agbogloshie market has thousands of makeshift kiosks. With demand far outstripping the limited social amenities such as proper sanitation, running water, medical services in the midst of heaps of waste, including electronic waste and metal scraps, life could be perilous, dangerous, and uncertain for many residents.

The Priest, who bemoaned the share neglect of the area in terms of development, intimated that “it seems they are Ghanaians once every four years (during elections), after which they are forgotten,” adding that since they pay electricity and water bills as well as their taxes, they (residents of Old Fadama) deserves to be treated with dignity and given equitable social amenities.

In the face of the eviction exercise of the inhabitant by city authorities, Fr. Chittilappilly, called for consistent political action and a more holistic approach to address the situation of Old Fadama once and for all.

In his two- year duty tour at the City, Fr. Chittilappilly of the Missionary of Charity, urged stakeholders to support the people of Old Fadama, entreating retired teachers and the youth of the Catholic Archdiocese of Accra, particularly those with expertise in English, Mathematics and Computer Science to volunteer their time to help train some of inhabitants at the City of God. “We can do lot of things through volunteerism and not necessarily with money,” he added.

Some beneficiaries in separate interviews heaped commendations on the originators of the City of God project for giving them opportunities to read and learn, as well as acquire basic skills for their survival. Even with the uncertainties of their stay in the slum, they look hopeful and confident to face the world. 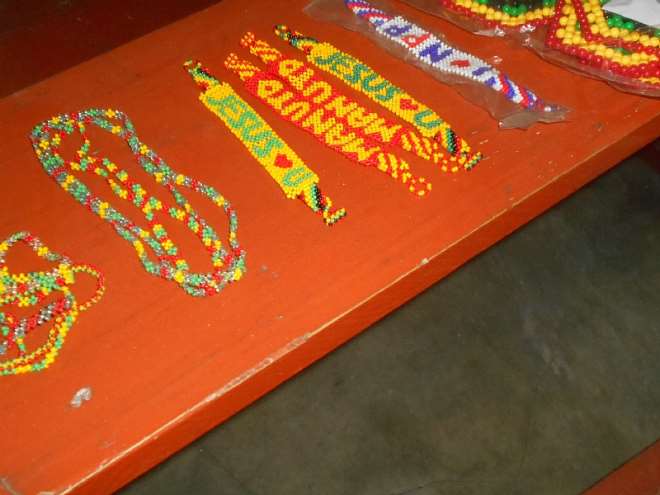 SOME HANDICRAFT AT THE CITY OF GOD (2)