'I am a soldier,' Congolese rebel tells war crimes trial 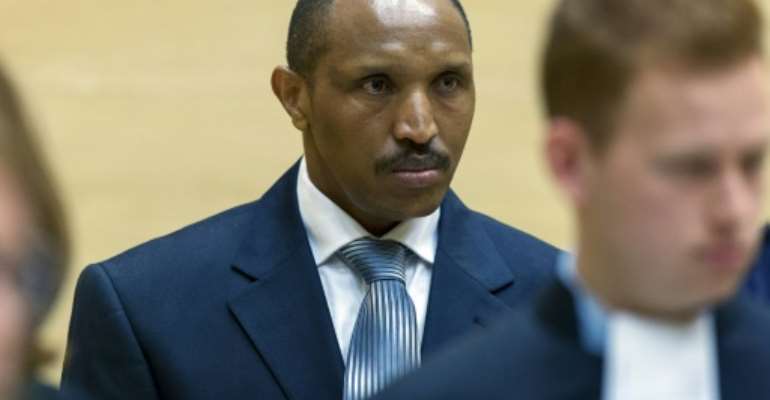 Congolese warlord Bosco Ntaganda pictured in the courtroom of the International Criminal Court during the first day of his trial in The Hague on September 2, 2015. By Michael Kooren (Pool/AFP)

The Hague (AFP) - Congolese warlord Bosco Ntaganda on Thursday told the International Criminal Court he was 'a soldier, not a criminal', breaking his silence for the first time since handing himself over in 2013.

"I am a soldier... I am not a criminal," Ntaganda -- dubbed "The Terminator" -- told judges at the Hague-based court, where he is facing 18 war crimes and crimes against humanity charges for his role in a deadly 2002-03 conflict in the Democratic Republic of Congo.