'Mobile Money By Telcos Has Come To Stay In Ghana' 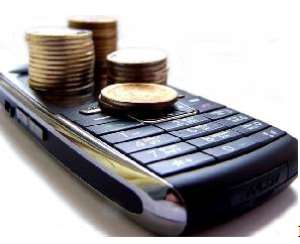 Ghana’s telecommunication industry originally meant to promote communication between people in Ghana and abroad has now assumed an added value to the benefit of the people. Of late the popular brands of MTN, Tigo, Airtel and Vodafone have been licensed by the Bank of Ghana to provide swift and smooth transfer of monies to people within the country. Many people who tried using the services of the Telcos to transact financial businesses have not regretted doing so.

In fact the use of the telcos in transferring cash across towns within the country has reduced the risk of traders and top businessmen carrying huge amounts of money with them while travelling around. According to statistics from the Central Bank, mobile money transfer transactions have grown from 30 million in 2012 to 106 million by December 2014.

The emerging sector is also said to have employed about 20,000 people nationwide. This situation seems to have put fear that the mobile money business might pose a challenge to the indigenous banks which also engage in bank transfers as part of their mandate. On the contrary The Chief Finance Officer at Vodafone Ghana, Kenneth Gomado, does not believe that the rate at which Ghana’s mobile money sector is growing is a threat to indigenous banking.

According to him the banks out of fear of competition did not accept the Bank of Ghana’s E-Money Issuers Guidelines and Agent Guidelines. Since the Bank of Ghana decided to revise the regulation to speed up the growth of the service, money transfers by telcos have been more forward looking. Mr. Gomado wants the banks to be more accessible to the growth of the mobile money transfer to help accelerate economic growth. Mr. Gomado is right for currently many business firms, individual traders and families are familiar with money transfer systems being routed through telcos.