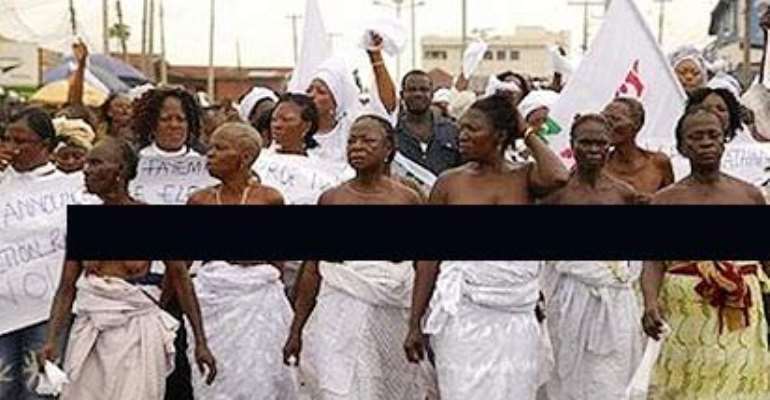 Some senior citizens in the Ashanti Regional capital Kumasi are threatening to stage naked march to Accra if government fails to streamline the distribution of cocoa inputs to farmers within one month.

The senior citizens, numbering more than hundred have been outlining their demands at a news conference in the Ashanti regional capital,Kumasi, Luv FM’s Erastus Asare Donkor reports.

According to them they will specifically stage a naked demonstration at the seat of the presidency – the Flagstaff House in Accra.

Members including farmers from Tepa, Hinahini, and Obuasi said they have been deprived of mass spraying exercise and distribution of some farm inputs.

They have been using their meagre resources to purchase the farm inputs and also spray their crops, they said.

This has greatly affected their livelihood, they claimed.

In June, the group protested against the erratic power supply and loss of jobs.