Voting in district elections is a civic responsibility - Veep 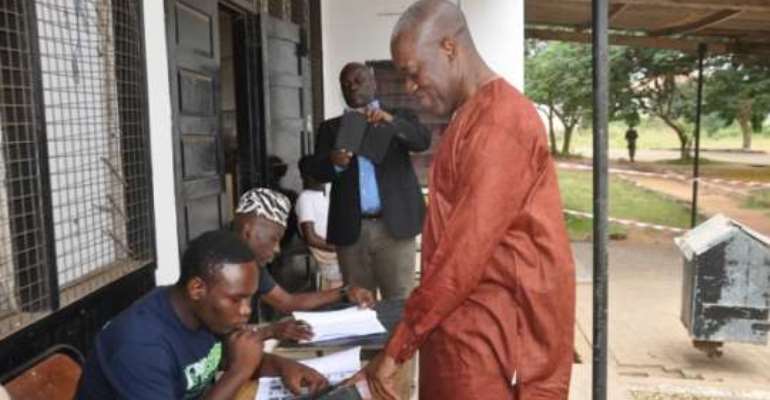 He said voting in the assembly elections was a civic responsibility of every individual, and as such people must get actively involved in the process.

Vice President Kwesi Amissah-Arthur made the call after voting at the Accra High School polling station which is under the Asylum Down electoral area and within the Korle Klottey sub-metro.

The Asylum Down Electoral Area has seventeen (17) polling stations where voting is taking place.

Vice President Amissah-Arthur stated that the District Assembly and Unit Committee Elections were very important at the community level, because the candidates vying for the various positions were the ones representing their interest.

He said the people also know the needs of the community, and could put pressure on Parliament to provide for some of the facilities they required.

He said though the number of people who had voted as at 10.30 am was not impressive, but expressed the hope that the process would pick up as time went on.

Vice President Amissah-Arthur explained that the voting process had been simple, efficient and verifiable quickly.

Mr Hanson Carter, the presiding officer at the Accra High School Polling Station stated that out of 460 registered voters only eight had voted as at 10.30am.

He expressed the hope that the voting process would improve as time went on.

Delaying To Release Seed Funds For Purchase Of Cocoa Unprece...
40 minutes ago

Buhari Must Show Willingness To Dialogue With Protestors – A...
40 minutes ago