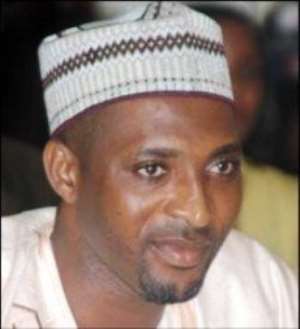 Constituency Executives of the governing National Democratic Congress (NDC) at Asawase in the Ashanti Region have asked members not to endorse the nomination forms of any aspirant for the seat except for the incumbent Member of Parliament, Muntaka Mubarak.

The constituency Chairman Alhaji Musah Abubakar and the Municipal Chief Executive for Asokore Mampong, Nurudeen Hamidan told a large crowd who followed them to pick nomination forms for the Majority Chief Whip to rally behind him.

According to them, the MP has brought a lot of development to the area and deserves to remain in parliament.

They also said the party has drawn a succession plan and it is Alhaji Muntaka’s turn to run and pleaded with other people who are planning to run to rescind their decision.

The NDC primaries are scheduled to come off in November.

Meanwhile the leadership of the NDC has stated that no region or constituency has the mandate to vary the filing fees and election procedures agreed by the National Executive Committee, for both the Parliamentary and Presidential Primaries.

A statement signed by the General Secretary Johnson Asiedu Nketiah warned there would be sanctions if any region or constituency fails to stick to the rules.

It follows the imposition of a so-called development levy on all aspirants seeking to challenge NDC incumbent MPs in some regions.

What Will The Publication Of 260-Page Cocoa Road Audit Repor...
18 minutes ago