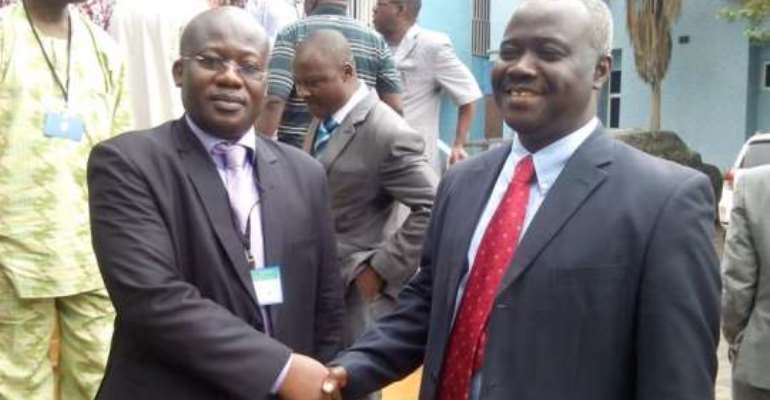 Accra, Aug 27, GNA - The West Africa Centre for Crop Improvement (WACCI) at the University of Ghana has been tasked to address the problem of food insecurity in West Africa through its training of plant breeders in higher programmes.

Professor John Gyapong, Pro-Vice Chancellor of the University of Ghana (UG) in-charge of Research, Innovation and Development, said the sub-region was looking up to WACCI to help meet the food needs of the people.

He said the WACCI, which is an African Centre of Excellence (ACE) in Agriculture, must help break the cycle of poverty in Africa by coming out with new innovative solutions that would benefit agriculture.

Prof Gyapong made the remarks on Tuesday in Accra in his opening address at a two day workshop organised by WACCI for leaders of the World Bank's five agricultural ACEs.

He urged WACCI to help address the seasonal perennial glut of tomato on the market especially in the three northern regions.

WACCI, a partnership between the UG and the Cornell University, was established in June 2007 with funding from the Alliance for a Green Revolution in Africa (AGRA) at the UG to train Plant Breeders in Africa working on the improvement of African crops in local environments for farmers in Africa.

Professor Eric Yirenkyi Danquah, the Director of WACCI in his presentation, 'WACCI: An emerging Centre of Excellence for training plant breeders in Africa' said the WACCI project was based on the premise that we can train African Plant Breeders in Africa, working on African crops in the African environment.

'Since its inception, WACCI has enrolled 82 PhD stduents from West, East and Central African countries and has graduated 28 highly qualified and competent plant breeders,' he added.

He said as a result of the outcome of students' research projects, the national crop improvement programme had been revived in the sub-region.

He noted that graduates had demonstrated the value of quality plant breeding education in the region and made the WACCI PhD programme a model for Sub-Sahara Africa and beyond.

Prof Danquah recounted that in 2013, after a rigorous transparent and merit-based evaluation, WACCI together with four other ACEs were selected to receive eight million dollars each as a project grant from the World Bank under the agriculture category.

He said the Centre has established a new vegetable laboratory, which would develop framework for accelerating the development of the tomato and vegetable industry in Ghana and the sub-region to ensure food security.

He, therefore, urged other ACEs to be transparent in their financial transactions and open up their books for peer review.

Prof Daniel K. Asiedu, acting Provost, College of Basic and Applied Sciences, UG, observed that the college, which has six departments including the WACCI graduated 31 PhD students this year out of which 10 were from the Centre.

The workshop dubbed: 'Workshop for the Agriculture Education Front-runners in West Africa: ACEs Learning Experience at WACCI' was on the theme 'The March for Food security in Africa' and attended by 52 participants.

Its purpose was to allow the ACEs draw on lessons from the experiences of WACCI and also exchange institutional best practices.

Prof Jibrin M. Jibrin, the Team Leader, ACE in Dryland Agriculture, Bayero University, Kano-Nigeria, in an interview with the Ghana News Agency lauded WACCI for its success story, stating that 'we are here to learn from WACCI and to share experiences'.