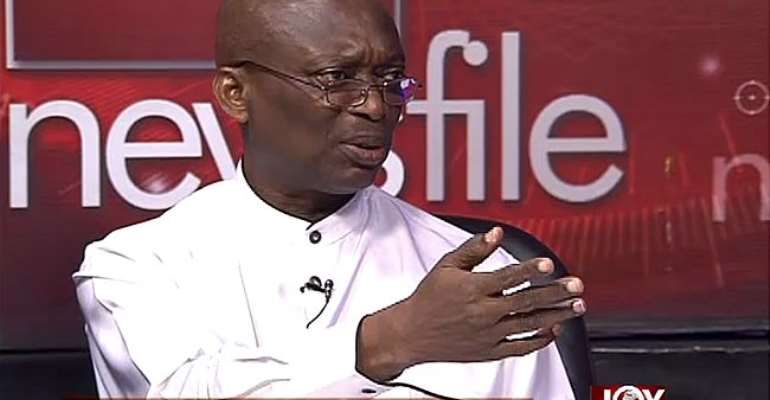 The Editor-In-Chief of the New Crusading Guide Newspaper says the Foreign Affairs Ministry erred in contacting Togo's Electoral Commission over claims that about 76,000 nationals of that country are Ghana’s electoral roll.

According to Abdul Malik Kweku Baako, the Ministry had no business contacting Togo because it was the duty of the Electoral Commission, the constitutionally mandated body, to do so.

The New Patriotic Party’s running mate Dr Mahamadu Bawumia at a press conference last week revealed that names of thousands of foreigners have been found in Ghana's voter register.

This according to him was discovered by an investigative team set up by the New Patriotic Party (NPP) to examine circumstances under which Ghana’s voters' register had an unusually high voter population.

Dr Bawumia said the team compared Ghana’s register with that of neighbouring countries and the results were shocking.

With copies of the Togolese voters’ register and that of Ghana, the team used biometric facial recognition technology and found potential matches of 76,000 names on both registers.

Following this revelation, the Foreign Affairs Ministry is reported to have held a meeting with the Togolese EC to ascertain the veracity of the claims made by the NPP.

During this meeting chair of the Togolese EC, Prof Kpatcha Tokonda Kossi is said to have denied releasing the country’s voters’ register to anyone.

He indicated that it was impossible for anyone to lay hands on the register because it was a sovereign legal document kept under guard.

But speaking on Peace FM’s morning show ‘Kokrokoo,’ Mr Baako said if the Foreign Affairs Ministry indeed took this step, then it was improper.

“I would have wished the Ghana mission did not suddenly, immediately and quickly get involved in this matter. I think it is wrong.

“The EC should be the most appropriate body to deal with the issue, the Foreign Affairs Ministry can facilitate it rather than having a direct contact. Even if they did it should have been a highly undisclosed matter."

He believes that the Ministry’s involvement in the issue will not help the process of verifying the NPP's claims.

He also called for a stop to the ethnic connotation being given to the NPP’s claims.

Mr Baako said instead of basing discussions on whether one ethnic group was targetted, attention should be on the irregularities and an examination of the issues to see if they are true or not.

“This should be a time for cool heads, reading ethnocentric meanings into the issue will only inflame ethnic passions and it can be really dangerous”.

Former Local Government and Rural Development Minister, Samuel Ofosu Ampofo who was also a panelist on the show disagreed with Mr Baako.

He believes that the Foreign Affairs Ministry should be the first to make the move because it oversees Ghana’s relationship with other countries.

Have Confidence In Me, I'm An Honest Leader — Akufo-Addo
21 minutes ago