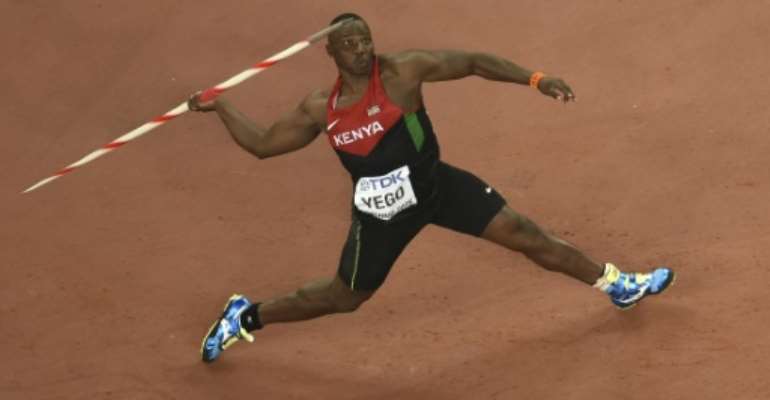 Kenya's Julius Yego has won world javelin gold with the third longest throw of all time in Beijing. By Antonin Thuillier (AFP)

Defending champion Vitezslav Vesely of the Czech Republic could only finish eighth with a best of 83.13m.