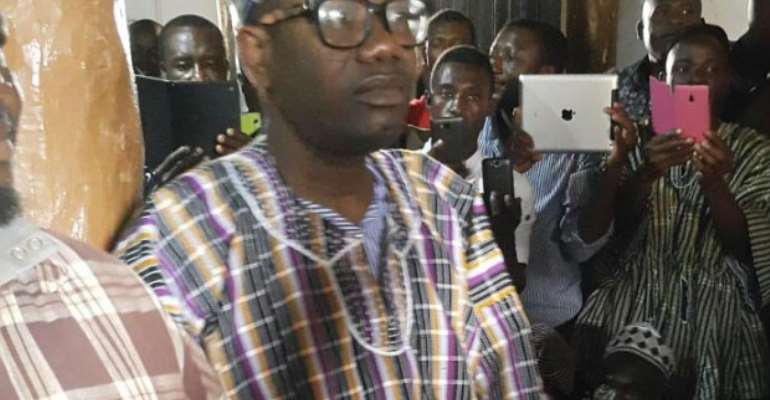 The honour was bestowed on the FA boss by the Paramount Chief of the Wa Traditional Area, Naa Alhaji Fuseini Seisu Pelpuo IV, at a special ceremony in Wa last Saturday.

It comes on the heels of a similar elevation by the Tamale Dagpena Naa as the Boole Naa (Football chief) of Tamale a few months ago.

The Confederation of Africa (CAF) Executive Committee member described the recognition as a great honour.

'This goes to show that people and society watch whatever you do. It will certainly urge me on to work extra hard wherever I find myself. I will not relent and I must say I am most grateful for this honour. I am humbled, thank you very much,' said Nyantakyi.

His brilliance on the green turf in his youthful days at Wa earned him the accolade 'Wa Polo'.