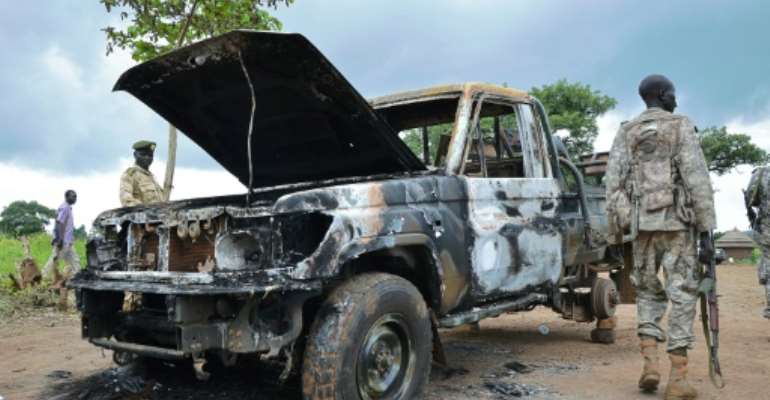 United Nations (United States) (AFP) - The UN Security Council on Tuesday piled pressure on South Sudan's president, warning it was ready to "act immediately" if he does not sign a deal to end the 20-month war ripping apart the world's youngest nation.

President Salva Kiir is scheduled to sign the power-sharing agreement in Juba on Wednesday, alongside the leaders of Kenya, Uganda, Sudan and Ethiopia, but his spokesman said he had reservations.

South Sudan's rebel leader Riek Machar signed the agreement a week ago but Kiir had only initialled the text and said he would return to the table in early September.

After meeting on the crisis in South Sudan, council members "expressed their readiness to act immediately if President Kiir does not sign the agreement tomorrow as he has undertaken," said Nigerian Ambassador Joy Ogwu, who chairs the council this month.

"We will take immediate action if he does not sign, or if he signs with reservations," she said, without elaborating.

The United States has presented a draft resolution that would impose an arms embargo and targeted sanctions on South Sudan if Kiir fails to sign the accord.

Russia and China have expressed doubts about the draft text as have some African countries, in particular over sanctions that would target those deemed as blocking the peace accord.

The United States has yet to submit a list of names of those who would be hit by an assets freeze and travel ban.

Russia, a veto-wielding member of the council, said there would be no need to adopt the resolution if Kiir signs the deal.

The latest in a string of peace deals, the agreement commits both sides to implementing a "permanent ceasefire" within 72 hours after signing.

The deal gives rebels the post of first vice president, which means that Machar would likely return to the post he was sacked from in July 2013, six months before the war began.

To address months of horrific violence, the agreement calls for a truth and reconciliation commission to be established and a war crimes court in collaboration with the African Union.

The UN envoy to South Sudan, Ellen Margrethe Loej, told the council that a peace accord -- if signed on Wednesday -- was "only a first step" and that many hurdles lie ahead.

Loej, who heads the UN peacekeeping mission in South Sudan, said attention must turn to the inter-ethnic fighting, which in some states is just as violent as the struggle opposing the Kiir and Machar camps.

South Sudan has been torn by fighting between forces loyal to Kiir and rebels allied with Machar since December 2013 and the violence has imploded along ethnic lines.

Tens of thousands are estimated to have been killed, nearly 70 percent of the country's population is facing food shortages and some 200,000 terrified civilians are sheltering in UN bases.

The United Nations released a report detailing arms supplies from China to government forces along with shipments of Russian-made and Israeli-made weapons, possibly supplied through regional countries.

Kiir's government had budgeted $850 million for arms contracts from January to July 2014, the report said, although the experts cautioned that the weaponry listed for purchase was not delivered.