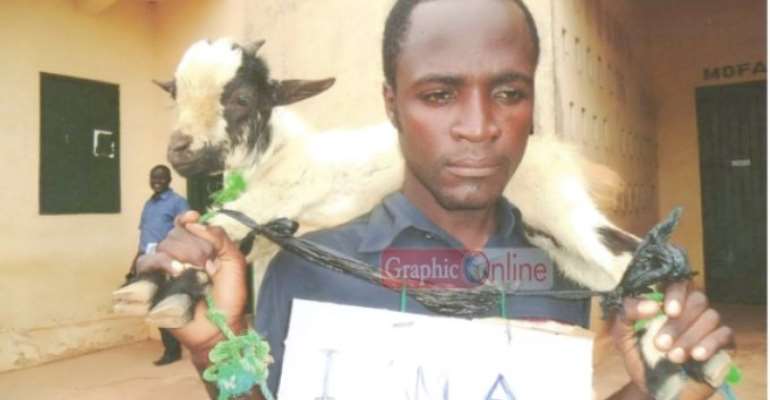 Some lawyers and human rights activists have condemned the sentencing of a goat thief by a circuit court judge at Akyem Swedru, in the Eastern region.

The judge, Emmanuel Brew, ordered the convicted goat thief to parade around the area carrying a goat and with a placard reading, "I am a goat thief".

But Director of Amnesty International Lawrence Amesu says the act amounts to a violation of the thief’s fundamental human rights.

He said the act will have a psychological effect on the accused.

“It is very dehumanising for Ghana which is considered as a top adherent of human rights in the sub-region for a judge to decide that somebody should take a goat that he has stolen and parade the community and be hooted at. It is totally unacceptable”.

Human Rights lawyer, Francis Sosu in agreement said it was unfortunate that the thief was made to parade the streets.

“Obviously what happened was in breach of article 15 of the 1992 constitution on the inviolability of the dignity of persons and that was clearly against his fundamental rights and that action could be challenged”.