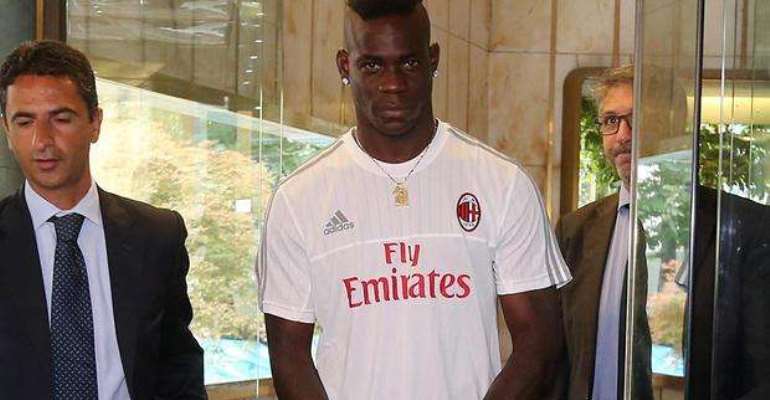 Balotelli is taking a pay cut to move back to Milan, with Liverpool also paying some of his wages.

The Italy striker could make his second debut for the Rossoneri against Serie A rivals Empoli on Saturday.

"I always had Milan in my heart and always had hope that I would return one day," the 25-year-old said.

Balotelli scored just one Premier League goal for Liverpool after a £16m move from Milan in August 2014.

He was left out of the pre-season tour of the Far East and Australia and has been training away from the first team.

The Reds have signed forwards Christian Benteke, Roberto Firmino and Danny Ings, while Divock Origi has arrived at Anfield after a year on loan at Lille.