Why a Good Leader is Able to Build 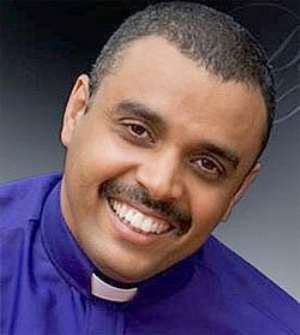 The Art of Leadership
What a difference it would make if every leader was a builder! Why is a leader able to build?

A time to kill, and a time to heal; a time to break down, AND A TIME TO BUILD UP;

He that tilleth his land shall have plenty of bread: but HE THAT FOLLOWETH AFTER VAIN PERSONS shall have poverty enough.

There are people who are full of schemes, projections and plans. They can speak for hours on end about their proposals and what they think will work. Such people do not usually accomplish much for themselves. Such people never build anything.

You simply need to roll up your sleeves and get to the job! People who plan for years to travel and study abroad instead of going to the school that is nearby often do not amount to much.

Lovers of pleasure cannot build houses. Pleasure is expensive and a lot of money is needed to have a 'good time'. Houses are equally expensive and require the heaviest investment of your money. People who love the pleasure of wining and dining, wearing expensive clothes, driving expensive cars will simply not have the money to build a house. The cost of these luxuries amounts to the cost of a house. In fact, there are many cars that are more expensive than a house. Often, you have to choose between enjoying yourself and owning a house. Good leaders choose to build houses rather than spending their money on fleeting luxuries.

Frugality is the key to building a house. A good leader will build because he is frugal. Frugal people are constantly saving money. They do not want to waste anything no matter how much they have. It is interesting to note that poor nations waste their water resources by allowing most of the water they generate to go waste. Poor leaders waste money by allowing lights and electric gadgets to be left on when they are not needed. Poor leaders waste their human resources by driving away the most skilled and wealthy people. Turn around your situation by being frugal!

When people have a little money they often do not know what to do with it. They often put it in the wrong place. Most people do the wrong things with the money that they have. Most of us do not understand what the word 'real estate' really means. There are many unreal estates. These unreal estates can collapse overnight and turn a wealthy man into a pauper. The good and real estate on this earth is property! Invest in real estate if you are a leader!

Instead of continuously fretting and concerning yourself with what you do not have, look around and see what God has given you. He may not have given you what He has given others. But He has given you something. And God said, Behold, I have given you every herb bearing seed, which is upon the face of all the earth, and every tree, in which is the fruit of a tree yielding seed; to you it shall be for meat.

Genesis 1:29
Indeed, it is our hope that all leaders become builders! May the ability to build rest on every leader!