Development planning schemes must have space for the police 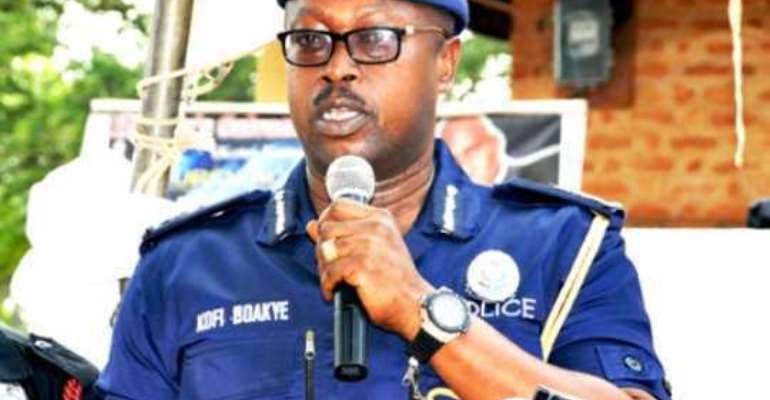 Asokwa, Aug 21, GNA - Chiefs have been asked to make sure that they reserve lands under the planning schemes of their various communities for the construction of police stations.

Deputy Commissioner of Police (DCOP) Kofi Boakye, the Ashanti Regional Commander, said it was important they put premium on security.

He made the call when he inaugurated a new police station at Dompoase in Kumasi as part of sustained efforts to significantly reduce crime and assure the law abiding of adequate security protection.

He expressed concern about the situation where the police operated from rented premises in some communities and said that needed to change - they should have permanent office structures.

He noted that a strong police presence could discourage people from breaking the law and allow order to prevail.

DCOP Boakye reminded officers posted to the station to discharge their duties with high sense of professionalism.

They should operate strictly within the law and forge good relationship with the people, to win their trust and confidence.

Madam Patricia Appiagyei, Member of Parliament (MP) for Asokwa, applauded the police for the good job they were doing that had led to drastic decline in crime in the area.

She encouraged them to maintain the momentum to continue to stay ahead of the criminals.

She appealed to the government to give priority to the construction of residential accommodation for the police.

DCOP Boakye and Madam Appiagyei had earlier toured the Asokwa District Police Headquarters to assess the state of affairs and what could be done to make things better.