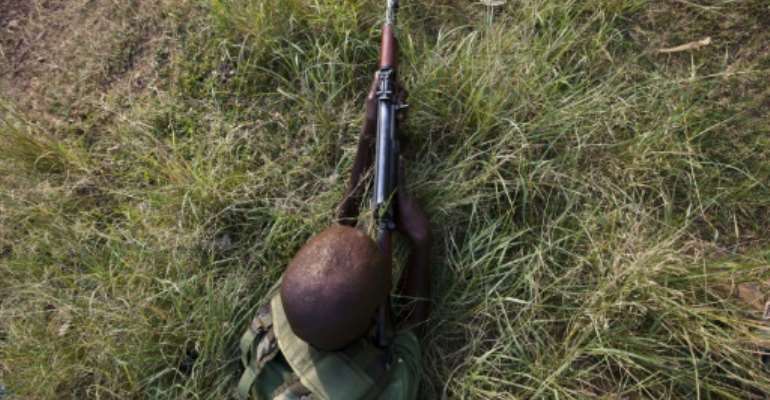 An anti-balaka militiamen takes part in a training session on the outskirts of Bangui on December 17, 2013. By Ivan Lieman (AFP/File)

A local police official, speaking on condition of anonymity, said the clashes in the central region of Bambari broke out following the death of a young Muslim who was "beaten by armed individuals identified as (Christian) anti-balaka militants".