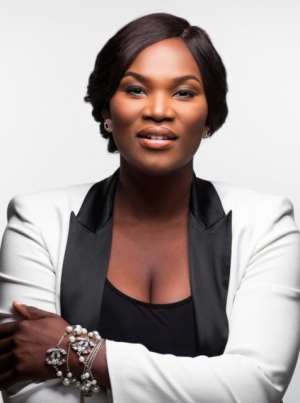 Accra, Aug. 19, GNA - Anita Erskine, a leading TV Presenter, has been announced as TV Hostess of the Year at the annual City People Awards, held in Lagos.

A statement issued in Accra by Ms Dora Darko, Junior Account Officer of the One Event Limited, said Anita was recognised for her talent and years of bringing quality shows to TV screens including Making of a Mogul, The One Show, Pamper Your Mum and Discovery +233.

'I am beyond thrilled and honoured to have been recognised in this way. I do this work because I want to inspire people and touch the lives of my viewers, so to know that my work is appreciated is the greatest reward I could ask for,' said Anita.

The statement said after taking a brief hiatus to step behind the cameras, Anita returned to the screens last year in full force, capturing audience's hearts as the compelling host of The One Show, a weekly lifestyle show on Viasat 1.

It said this year, she stepped it up a notch, adding Discovery +233, a new TV show where she shares entertainment and inspirational stories as well as interviews with the most famous celebrities in Ghana and beyond.

'Her ability to pull people in emotionally and connect with viewers of all ages and backgrounds has propelled her to the forefront of the broadcasting industry and has led her to become one of the most respected TV presenters on African TV,' it added.

It said in addition to her TV work, Anita recently launched AnitaErskineSpeaks.com, an online platform designed to engage directly with her fans and discuss topics ranging from food and music to women empowerment and entrepreneurship.