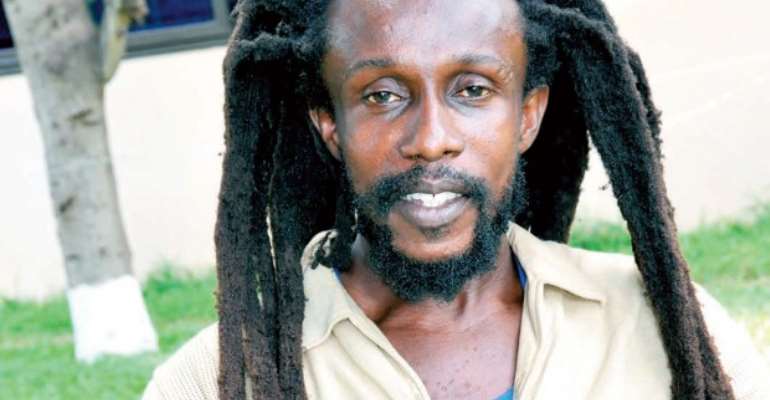 Ekow Micah
An Accra Circuit Court has set August 24, 2015 to begin the trial of Lester Ekow Micah, a musician, who has been accused of allegedly possessing a quantity of dried leaves suspected to be Indian Hemp.

This was after the prosecution, led by Commissioner of Police (ACP) Moses Atibilla, told the court that the prosecution was ready for the hearing of the case.

He said the prosecution intends to call three witnesses in course of the trial.

This compelled the trial judge, Aboagye Tandoh to adjourn the case until August 24.

Charged with possession of narcotics, Micah, 43, of 'Me Si Wu Hemaa' fame, is said to have told the police that he smokes the supposed dried leaves in order to stimulate his music career.

Micah has, however, pleaded not guilty.
The facts of the case are that Micah is a resident of Ogbojo, near Kokrobitey in Accra and that on August 4, this year, Micah was arrested by the Airport Police over an alleged extortion case currently under investigations.

ACP Atibillah said the following day at about 11:30 hours, the Police visited the house of Micah, who wears dreadlocks to conduct a search and in the process, a quantity of dried leaves suspected to be Indian Hemp was found in Micah's 'back pack.'

The senior police officer stated that the popular reggae musician and President of the Music Council of Ghana admitted ownership of the exhibit and told the police that he smokes the substance to stimulate his music career.

Prosecution said the exhibit was being forwarded to the Police Forensic Crime laboratory for examination.