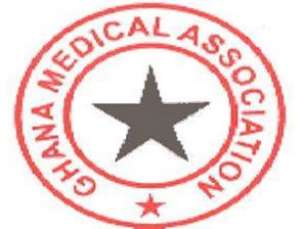 Somebody in the JoyOnline.com newsroom may be trying to do public relations for President Mahama and the rest of the cynical pack of Abongo Boys holed up in the Flagstaff House. But it is almost certain that this is not going to work, least of all, not in the way that these characteristically tough-talking and fast-aging fat boys would have it. I, too, read the news report captioned "Doctors In Northern Region Defy GMA's Strike Directive" (8/7/15). The truth lies somewhere in-between.

First of all, the epicenter of the medical profession in the country is largely within the Greater-Accra, Eastern, Central, Asante, Western and pockets of Brong-Ahafo and the Volta regions. And so at the very best, the Northern Regional Doctors may be said to be in the grips of a severe cold contracted from the sneezes of their southern colleagues. In Tamale, for example, we learn that a remarkable percentage of the medical staff at the regional hospital are sticking with the agenda of the Ghana Medical Association, as officially dictated from the association's Accra headquarters. Indeed, so successful are the percentage of striking doctors that hospital management has, reportedly, been forced to meet with them.

I hope Little Dramani is not trying to play a backdoor game of bribery with these professional outliers. I am personally not humored by the cold abandonment of seriously ill and dying patients. But if the Flagstaff House's economic parasites can deal with it, then I say more power to the striking GMA membership. The fact that the picture of striking doctors has virtually become commonplace under the hard-nosed government of the National Democratic Congress (NDC), regardless of cast of leadership, tells me that about the only way for the striking doctors to be taken seriously, is for them to hold out for as long as it takes for Little Dramani and the Flagstaff House Abongo Boys to come to their senses. After all, they consume the largest chunk of the poor taxpayer's money more than all else. Or don't they?

If the Flagstaff House Abongo Boys can live with such thuggish indifference, then it ought not to matter the number of victims who fall on the matted grass of this elephantine battle. It is a battle between the exploitative agents of raw tyranny and dignity, and the agents of the latter prized human quality cannot afford to lose. Attempting to use the media to pull a guilt trip on our doctors will not work. The poor and dying patients and their relatives and loved ones have absolutely no doubt in the hearts and minds who is really at fault here. They know who are the jet-set who frequently and routinely fly out of the country for state-of-the-art medical treatment. They also know who is most often with them at their bedside, when the icy hands of death grips their throats. They know who has been enjoying twenty-four hours and seven days of power supply, when it all seems like the darkest hour before the first day of Creation.

Recounting excruciating instances of patients callously denied medical attention makes for good sensational reading. It also sells a lot of newspapers and ramps up website visitations. But it equally callously does not get to the heart of the matter. Which is the patently bald and mundane fact that what is good for the goose has always been equally good for the gander. "Didn't buy, didn't pay," isn't that what the old African adage says?

The massive privatization of healthcare in the country may soon be revealed to be the most ideal way to go at it. But with a rankly deficient National Health Insurance Scheme (NHIS) and a criminally dysfunctional managerial system pretentiously called the National Health Insurance Authority (NHIA), it is quite certain the poor largely for whom the Kufuor-led New Patriotic Party (NPP) established this system are the very ones who are likely to suffer the most.