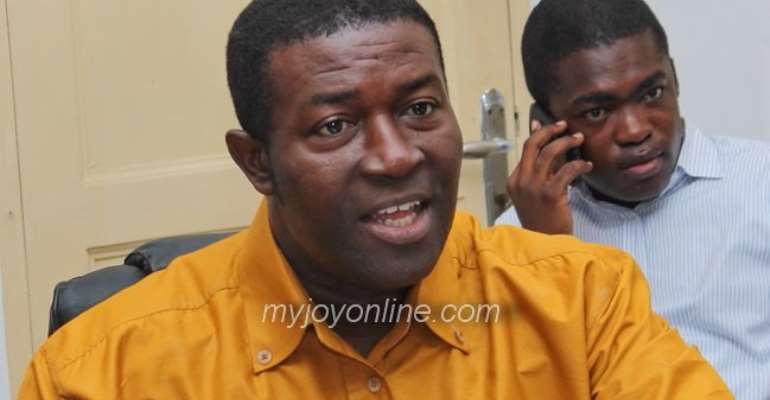 The New Patriotic Party(NPP) has reacted to a news conference held by the National Democratic Congress (NDC) to punch holes into investigative findings which indicates that Ghana's voter register contains about 76,000 foreign names.

The NPP says it does not wish to turn a matter of such importance into an NPP and NDC battle because the success of the 2016 general elections is crucial and it will serve the country's best interest if a new register is created.

Here is a copy of the full statement

The NDC General Secretary, Johnson Asiedu Nketiah, today 19th August, 2015 held a press conference in apparent response to the NPP's call for a new voters' register for the 2016 elections.

The matter of a new voters' register is absolutely crucial for the success of the 2016 elections. So we do not wish to turn it into an NPP and NDC battle. All parties general agree that there are defects to the register and have suggested ways of correcting these defects. The NDC obviously believes that some auditing process can correct these defects; the NPP believes that it will serve the country's interest better if we have a new register due to the nature of the defects.

According to the NDC's General Secretary, our simple suggestion, backed by compelling evidence, amounts to ignorance, falsehoods, incompetence, mediocrity, fraud, frivolous concoctions, lies and fabrications. He even accuses the NPP of preparing the grounds for our imminent defeat in the 2016 elections.

How a political party and government whose Ministers of State have urged Ghanaians to lie, fabricate, and distort the truth, can describe the NPP in this way is beyond belief.

A simple question that arises is whether when the NDC went to court over the 2004 election outcome, they were preparing the grounds for their imminent defeat? Or when then running mate, John Mahama said in 2008 that, “with the current national population of 22million, having almost 13million people on the register is unheard of,” he was preparing the grounds for their imminent defeat.
Now let's set the records straight:

Proportion of Population in the Register

Aseidu Nketiah asserts that Dr. Bawumia singled out Volta region constituencies for the alarming increases in voter population between 2008-2012, and that this was a sign of the NPP's “disrespect and disdain for certain tribes.” This is FALSE.

Indeed, out of the thirteen (13) constituencies Dr. Bawumia listed as having dramatic increases, only three (3), i.e, Ketu South, Hohoe and Nkwanta North are in the Volta Region.

Aseidu Nketia accuses the NPP of calling for retroactive application of the supreme court ruling on the NHIS cards in other to disenfranchise voters who registered with the NHIS cards. This is also FALSE.

Indeed, the only people who may not be able to re-register will be non-Ghanaians from neighbouring countries who were issued NHIS cards to register.

Dr. Bawumia did not make any direct references to minors. But indeed, in his recommendations for reforms, he suggested modifications that could prevent wanton registration of minors.

Aseidu Nketiah claims that the Togolese register that Bawumia used to illustrate the thousands of cross-border registrations is “fake”, and a “deceptive manipulation of pictures with no resemblances, no names, no ages nor gender.” This is also FALSE.

The NPP has presented evidence for examination by all parties as a basis for the call for a new voters' register. How such a call can be described by Aseidu Nketia as motivated by malice, just to raise political tensions and mask the NPP's disunity, is difficult to understand.
Asiedu Nketia goes on further rantings and ravings which are not worth the paper they are written on.

The point will still hold that, the register for the parliamentary elections and the presidential elections had a difference of over almost five hundred thousand (500,000) votes that we have still not accounted for.
These are our humble motivations.