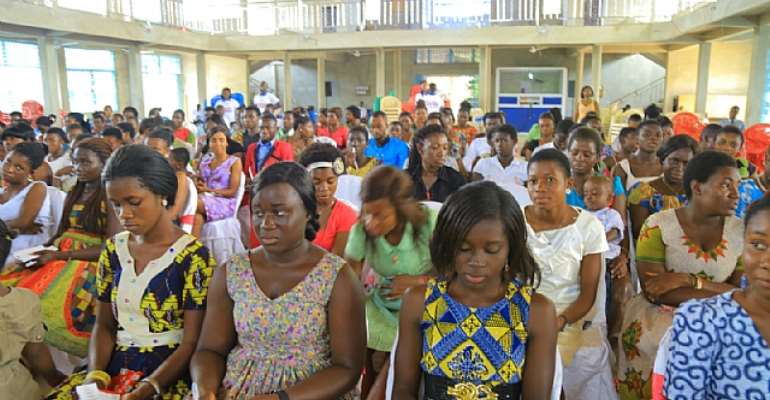 On August 12 every year, the United Nations and its partners in the global community celebrate the International Youth Day.

In December 1999, the United Nations endorsed recommendations by the World Conference of Ministers Responsible for Youth (Lisbon, 8-12 August 1998) that 12 August be honored in celebration and recognition of youths all across the world.

The 2015 International Youth Day is under the theme “Youth Civic Engagement” in promotion of effective inclusion and participation of young people in civic engagements and discussions at all levels.

The involvement of the youth at the decision-making level is crucial to the growth of any country. In Ghana and other African countries, the inclusion of the youth, especially females in civil engagements, has been very minimal and in some cases not encouraged. In preference for experience and cultural convenience, the contribution of the youth to the development process has been largely unrecognised, undervalued, and underreported. However, in many communities around the country, young people are deploying their talents and skills towards many development programmes by government and private development organisations.

The Northern Sector of Awareness and Action Center (NORSAAC), a local non-governmental organization based in the Northern Region and a partner of ActionAid Ghana, is advocating the participation of women at the civic level through the Young Female Parliament (YFP), a leadership initiative that supports women to be part of the political development in Ghana.

An analysis by the Foundation for Security and Development in Africa (FOSDA) reports that the Northern Region has the lowest representation of women at all levels of the decision-making process and has attributed this to poverty, low literacy rates, food insecurity and social as well as cultural bias.

The mandate of the YFP is to promote more women to these decision making bodies. As a result, 19 Senior High and Tertiary schools in 15 Districts in the region have been enrolled onto the YFP programme, reaching over 700 girls who have begun to challenge power structures that have oppressed and violated their rights. The region has recorded the first female Senior Prefect at Chereponi Senior High School and the first ever female assistant Senior Prefect at the Zabzugu Senior High School.

The YFP is one of many programmes that ActionAid Ghana is advocating to promote the involvement of youth in the political, economic and social discourse. As Ghana joined the world to observe this Day, ActionAid Ghana calls for the promotion of youth and their involvement at the decision-making level towards the achievement of development goals.

Another ActionAid youth innovation is the Global Platforms programme, which runs on 10 international platforms and works with 65,000 young people. It provides contextualized trainings on a wide range of topics to young people to equip them to challenge the political, governance and global citizenship status quo.

Presently, a multi-purpose youth center is under construction in the Upper East Region and is expected to support the economic empowerment of the youth in the region and others in the Upper West and Northern Regions. So far, 200 young women from these 3 regions have undergone training to enable them acquire skills for sustainable livelihood.

The Young Urban Women (YWU) project is another campaign that promotes youth empowerment. According to Naa Yarley Cudjoe, ActionAid Ghana Project Officer, 2,000 young women between the ages of 15-25 years in poor urban areas in Greater Accra and Tamale in the Northern Region are mobilized and empowered to exercise control over their bodies and their sexual reproductive rights. The project is also aimed at equipping young women with useful skills to acquire decent work.

In Tamale, 1,000 urban young women from 9 communities have undergone training so they can have greater dignity through economic independence, control over their bodies and the opportunity to have their voices heard internationally. The program focuses on 3 key areas:

3. Building solidarity among young women and key stakeholders through empowerment and support by allies and responsible stakeholders to effect change in their own lives, families, communities and at different levels of government.

Partnering with The Ark Foundation in the Greater Accra Region, ActionAid Ghana organised a one day community durbar under the theme “Communities Working to End Teenage Pregnancy” to commemorate the 2015 International Youth Day Celebration.

ActionAid Ghana is a national non-governmental organisation working in the most deprived and marginalised communities in Ghana to promote human rights for all and defeat poverty and injustice.

We are an Affiliate of the ActionAid Federation, a global movement of people working together in over 46 countries in Africa, Asia and Latin America towards a world free from poverty.