Ahead Of NDC Primaries: ‘Klottey Korle Not For Sale’, Ezenator Rawlings Warned 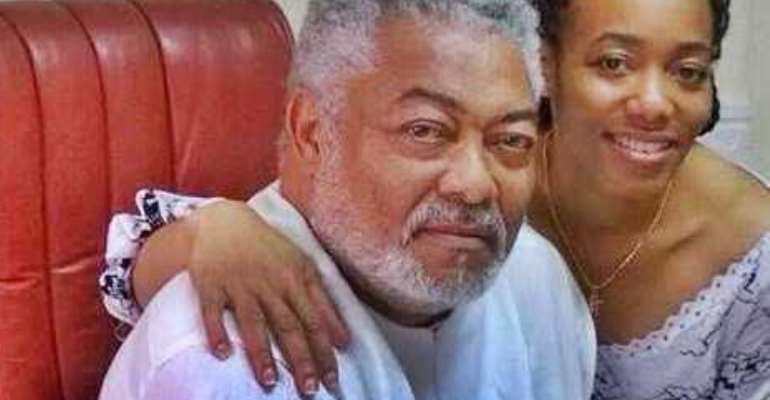 There are credible indications that many NDC delegates in the Klottey Korle Constituency in the Greater Accra will reject the daughter of former President Jerry John Rawlings, Ezenator Rawlings, if she decides to contest the party’s parliamentary primaries.

Even though the first daughter of the former president has not expressed her intention to contest for the seat, reports are rife in the media that she’s set her eyes on the seat which is currently being occupied by the incumbent MP, Hon. Nii Armah Ashietey.

Pollster Ben Ephson recently hinted that Ezenator Rawlings wanted to contest the seat and that she stood a better chance of winning.

Contrary to the pollsters' view, delegates within the constituency will definitely reject Ezenator if she makes the mistake of contesting the seat with heavy weights like Nii Armah Ashietey in the upcoming primaries.

The source added that the medical doctor is not known in the constituency whiles some party activists also allege that Ezenator has decided to seek solace in the Klottey Korley seat following her rejection by the people of Central Tongu in the Volta Region where she initially tested the waters.

The party members maintain that Dr. Rawlings is a total stranger to the party in the area and that it will be unfair for anybody to think of pushing her to contest for the seat, adding that, over the years, the Rawlingses have neglected the NDC.

According to them, the move by Ezenator Rawlings is an attempt by his father to control or hijack the party through the backdoor after neglecting the party, particularly during the 2012 election. “The former president never mounted the platform to campaign for us,” one party activist revealed.

Ezenator’s Rawlings’ loyalty and commitment to the party have also been questioned as she has failed to make significant contribution to the development of the constituency.

“With her mother being the leader of the National Democratic Party and her father showing less commitment to the NDC in recent times, how can their daughter claim to be a loyal member of party?” another party member questioned.

Party members also raised the issue of the total disrespect that the former First Lady , Nana Konadu Agyeman Rawlings exhibited to the late President Atta Mills to the extent of contesting him in the party’s presidential primaries .

According to him, Nana Konadu Agyeman Rawlings and her husband made life uncomfortable for the late President and his administration, thereby making the then NDC government very unpopular.

According to the Klottey Korle NDC memebrs, the worst part of the former First Lady’s animosity towards the NDC is the branding of government officials as thieves. They therefore cannot understand why a daughter of a First Lady, who branded party members as thieves, will now turn around to take leadership in a party of thieves.

Many political watchers and observers will see Ezenator Rawlings as an unreliable person if she decides to contest due to her previous pronouncements.

In a recent interview with TV3 during the launch of the June 3 disaster fund, she denied that she would be venturing into politics soon and so any contrary action may create credibility crisis for her.

According the party members, the upcoming constituency primaries is not for the highest bidder and that they will instead vote for loyalty, commitment and dedicated service. They therefore called on former President Rawlings to advise his daughter to shelve any parliamentary ambition for now, warning that, she will be humiliated at the upcoming polls.