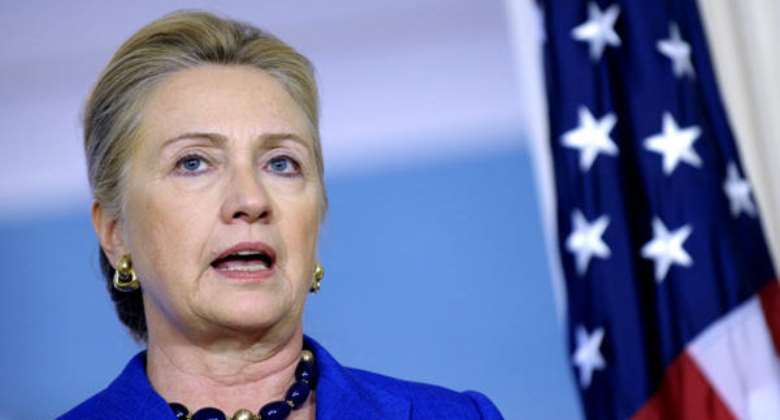 While the Mass Media has been obsessing on the Donald Trump phenomenon, Bernie Sanders has been packing stadiums . Sanders’s Madison speech pulled in nearly twice as many as Mrs. Clinton’s official campaign kickoff event (which The Atlantic dubbed “uninspiring”). Mrs. Clinton’s relaunches and presentations continue to draw tepid reviews.

The Sanders phenomenon, so reminiscent of 2008, must make Hillary Clinton nervous. It should.

Bernie’s stump speech is a thing of beauty. That said, it is not a joy forever.

Sanders is the only candidate, of either party, passionately connecting with working and middle income families over our greatest concern, economic well being. We are the most important voting bloc.

(Donald Trump is more of a provocateur. And he is good at it. The Huffington Post has moved its coverage of him to its Entertainment section.)

We working voters feel strangled by 15 years of economic stagnation (under one Republican and one Democratic administration). Sanders speaks directly into our frustration. He speaks in intimate terms. That’s the beauty.

Why, then, not a joy forever? Many of Sanders’s proposed solutions sound as if they could have been lifted from the late Hugo Chavez, a fellow socialist, who put Venezuela on the road to economic debacle .

Call Bernie’s prescriptions “soft expropriation.” He proposes to tell businesses what they have to pay their unskilled employees, what (expensive) benefits to provide, propounds extravagant subsidies for various classes (such as college students), opposes free trade, favors greatly expanded government sponsored health coverage and many other iconic progressive objectives. And soak the “rich” to pay for it all.

As reality-based progressive Michael Kinsley writes in the current issue of Vanity Fair:

there aren’t enough rich people to provide windfalls of extra cash. There are about 123 million households in the U.S. Five thousand of them are worth $100 million or more. That’s wealth, not income. Now, that, I think we can agree, is rich. If you took a million from each of the rich households and divvied it up among the 24 million poor households, each of them would get only about $208.

Some of the Republican candidates are hinting at real solutions. That said, the GOP aspirants neither are focusing there nor are they describing their program in ways that speak to voters. Hint to the candidates: When was the last time you and your family sat around the kitchen table to discuss the imperative of cutting the top corporate tax rate or scaling-back regulatory policies?

Never? (Me neither.)
Jeb Bush is campaigning on an aspirational no-less-than-4% growth rate. That’s great! We’re waiting, however, to hear how he proposes to make this happen. And, moreover, make it happen for us.

Rand Paul has proposed a FLAT + VAT tax as “ an economic steroid injection .” Taking the tax code to the wood chipper provides some welcome specificity. (Full disclosure, one of my sons is a volunteer for the Rand Paul presidential campaign.) Sen. Paul nods to job creation, as in his announcement address : “I want to see millions of Americans back at work.” He surely is sincere.

While admiring his noble crusade against government overreach, we patiently wait to hear him focus relentlessly and specifically, a la Sanders, on restoring vibrant prosperity to working people. That is the crux of the 2016 election.

GOP themes of economic growth are, to some extent, working. Just add relentless emphasis, some common touch, and a suite of free market policies targeted directly at benefiting labor (and not primarily by helping workers by advantaging investors). Any one of the leading candidates (and some outliers) could light right up. (As for Trump, a candidate best known for the smug declaration “You’re fired!” perhaps is not optimally positioned as a champion of policies of job creation.)

Marco Rubio, along with Bush and Paul, is a top GOP contender. Sen. Rubio has, with Sen. Mike Lee, proposed, in broad strokes, a supply side Human Capital tax reform plan. Its flaws were thoroughly enumerated by Forbes.com’s Opinions editor (and Rick Perry advisor ) Avik Roy.

Notwithstanding some legitimate criticisms Rubio-Lee has two powerful virtues. These deserve to be taken into account. First, it has kitchen-table quality. Second, Rubio-Lee has the power to become a national conversation-starter for injecting the insights on human capital of the late Nobel Laureate Gary Becker into the Republican, and national, mind.

Becker’s work, call it Human Capitalism, would enlarge a supply side canon which, while valid, has grown somewhat stale. Becker :

To most people, capital means a bank account, a hundred shares of IBM stock, assembly lines, or steel plants in the Chicago area. These are all forms of capital in the sense that they are assets that yield income and other useful outputs over long periods of time.

But such tangible forms of capital are not the only type of capital. Schooling, a computer training course, expenditures on medical care, and lectures on the virtues of punctuality and honesty are also capital. That is because they raise earnings, improve health, or add to a person’s good habits over much of his lifetime.

…
Education, training, and health are the most important investments in human capital.

Rubio-Lee could offer the beginning, not the end, of a profound advance in supply side economics. Rubio’s tax plan contains some powerful elements his communications team hasn’t, yet, been featuring. Why, as a matter of principle, should fixed capital receive better treatment than human capital? (Answer: No reason.)

Both Sen. Rubio’s tax plan and Sen. Paul’s worldview have the potential to unleash a powerful Human Capitalism supply side economic policy movement. A suite of policies founded in Human Capitalism could galvanize and mobilize millions of voters.

The leading Republican candidates now sound, on economics, as if they are all singing from the same spreadsheet. Bernie Sanders sings from a hymnal that brings music to our ears. His description of the problems caused by almost a generation of less than 2% annual growth clearly is a vote bonanza for him. Republicans can steal a page from his hymnal plus come up with real solutions.

Here is the Republicanese version of that message: A 1 % – 2% annual shortfall in economic growth may not sound like much. Yet over a 15 year stretch of “ growth gap ” (as so termed by JEC Vice Chairman Kevin Brady) that deficiency plunges your — and our collective — income by a quarter to a third (or more) from its potential.

To say it in Voterese: Would a 25%, 33%, or even 50% raise in your wages (and net worth) be a game changer? You bet! A healthy raise would solve much of the economic distress of working families. The evidence is clear that real growth would solve our problems far more credibly, and more equitably, than the tinny promise of letting Uncle Sam dictate.

As Bernie Sanders, clearly more fluent in Voterese than the Republicans, would, and in fact did , put it:

Today, millions of Americans are working longer hours for lower wages and median family income is almost $5,000 less than it was in 1999. Meanwhile, the wealthiest people and the largest corporations are doing phenomenally well. … In the last two years, the wealthiest 14 people in this country increased their wealth by $157 billion. That increase is more than is owned by the bottom 130 million Americans – combined.

Hey GOP! We voters don’t consider there anything wrong with the rich getting richer … so long as the rising tide is lifting our boats as well. Something’s rotten in the State of the American economy. We voters know it.

Our problems are real and Sen. Sanders gets that. Alas, the solutions Bernie proposes have a consistently terrible real world track record. Doctor Sanders: You earn an A+ for diagnosis and A+ for bedside manner. The largely toxic, possibly fatal, therapeutic regime you prescribe rates an F. Some cures are worse than the disease.

Not to put too fine a point on it, socialist, now euphemized as populist, nostrums have failed. We, the voters, know this. America describes itself to Gallup as two-to-one economically conservative.

A far-left-leaning litany will not take Sen. Sanders into the federal Public Housing Project at 1600 Pennsylvania Ave. (Sen. Sanders appears to be clearing the way for Michael Bloomberg or another more economic centrist candidate safely to enter the race just as Sen. Eugene McCarthy sidelined President Lyndon Johnson.)

Bernie Sanders is not a viable Democratic nominee. Observing for the benefit of our former colonial masters, in the UK Telegraph, by its US Correspondent David Millward, in How radical Left-wing US presidential candidates have fared :

Candidates from William Jennings Bryan to George McGovern have generated excitement among their supporters only for their campaigns to end in heroic failure.

For more than a century left-wing tilts at the White House have not only ended in disappointment, but at times done considerable damage to others on the Liberal wing of American politics.

I, passionately, disagree with most of the prescriptions of Bernie Sanders.

Yet his empathy and passion are great things.
In Winnie the Pooh, A.A Milne wrote:

Winnie-the-Pooh lived in a forest all by himself under the name of Sanders.

“What does ‘under the name’ mean?” asked Christopher Robin.

“It means he had the name over the door in gold letters, and lived under it….”

Milne made Pooh famous as the “Bear of Very Little Brain.” Yet also, Pooh earned the status as marquee hero of two of the most cherished classics in children’s literature. He earned that, in large measure, by his kindness and decency. I nominate, without implied irony or insult, Sen. Sanders as the Pooh Bear of the 2016 presidential election.

Bernie Sanders, notwithstanding the wrongheadedness of his prescriptions, is showing his rivals how to focus the presidential election on the struggle of workers and middle-income families. Restoring the American Dream of the ability to thrive through labor is what’s on our minds. This quality in Bernie inspires both the crowds… and me.

Hillary Clinton might yet tune in. So might another Democratic aspirant. Will a GOP contender pay attention to how the reaction to Bernie Sanders invites a coherent theme of supply side Human Capitalism? If so the 2016 election could launch America, and the world, toward a golden age. If so, Bernie Sanders will have delivered the critical assist.

I'll hand over power to the next elected president on 7th Ja...
45 minutes ago

[VIDEO] Ghana is hot; our girlfriends are moving to Togo – J...
54 minutes ago