You Don’t Know Your Prostate Gland Until You Read This! 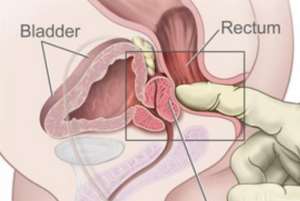 ​1. It is a Gland!
So you heard that it is called the prostate gland but what exactly the gland do? The most important job of the prostate is to manufacture and secrete some of the alkaline seminal fluids during ejaculation (about 30-35% of the semen ejaculate). Being alkaline, the prostate fluid, which is milky whitish in color, helps the sperm survive in the acidic vaginal environment. So our prostate is therefore considered to be a gland because glands produce something.

2. The Professor of blending
I called the prostate gland the professor in charged of mixing but not professor know everything. You are wondering why? Because, the prostate mixes its fluids with those from the seminal vesicles to convey the sperm made in the testicles. Collectively these fluids rush through the prostate into the urethra during ejaculation. The urethra doubles as the semen pipe during ejaculation and as the urine pipe from the bladder, both fluids move from the angle of the penis.

The prostatic urethra is the path that runs through the prostate gland and is about 3cm((1½”) in distance. And you have heard about the controversial, Prostate-specific antigen (PSA) is a fluid produced in the prostate, it plays a key role in helping the sperm to swim into the uterus by helping to maintain the semen in liquid form. It opposes and mitigates the clotting enzyme in the seminal vesicle fluid, which in effect binds the semen to the woman’s cervix, next to the uterus opening inside the vagina. PSA dissolves this glue with its own enzyme so that the sperm can hasten into the uterus and help impregnate an egg if it is available.

This is the same PSA that is tested during the PSA blood test, a very controversial test because of the many factors that can cause the results to vary extensively.

3. Muscle
For simplicity and better understanding a muscle is a body tissue consisting of long cells that contract when stimulated and produce motion or an organ that is essentially a mass of muscle tissue attached at either end to a fixed point and that by contracting moves or checks the movement of a body part. It has a physical strength, power and influence on a man.

So the prostate is also a muscle that pushes the semen out through the penis with adequate power to enter into the vagina to help the sperm do well in getting into the cervix and to help reproduction.

4. OH Man!
You are wondering why I am screaming. Probably you must know this because, the up and down movements of the prostate in no doubt feels good, making sex pleasing and therefore helping reproduction and remember that is why prostate problem can also leave a man to be infertile

Men also have a G-Spot so don’t think that only women have G-Spot. Men prostate is their G-Spot. Do you how it is done? Simple, Prostate stimulation can create an extraordinarily well-built sexual response and strong orgasm in men that are open to this sexual method. So your ability to manage ejaculation at the prostate can also guide you to delayed orgasms and “injaculations” where no semen is move out-so men suffering from premature ejaculation you happy now. But this method is done in superior Taoist and Tantric sexual practices to contain the sexual energy within.

Sexuality plays an important part in our health and well being, but it is often not addressed in our rushed, modern world. Our puritan background and overachieving work ethic may have something to do with our reticence to delve there. Many people have taboos and wounding that can be triggered when they start looking into their sexuality. The ancient practices of Taoism and Tantra with their rich viewpoint can offer us a reawakening of a healthy sexuality.

Both Tantric and Taoist principles consider sexual energy the same as life force, and both practices use the energy centers of the body to increase life force as a means to increased spirituality and improved health and longevity. Both Tantra and Taoism have practices for conserving and building sexual energy. Joining of sexual energies by two partners is purported to bring the highest pleasure and spiritual enlightenment.

In researching Taoism, there is mostly information available on practices for males to use to energetically conserve their “jing” (life force) by learning to redirect the energy of orgasm throughout the body without ejaculating. The ancient texts gave much more instruction to men, and considered women to be merely a vessel or cauldron. While the place of women has changed over the years, less information is available for women to learn to redirect sexual energy. The Taoist practices are best learned with a teacher.

Tantric practices seem somewhat more approachable to the Westerner. Some simple steps for beginners are to create a sacred space, take it slowly, look into one another’s eyes, and work with the breath. Breath is the most important element in Tantra. Using your breath, you can spread orgasmic energy from your genitals through your entire body. With your partner, you can synchronize the breath, one inhaling while the other is exhaling. There are more elaborate practices for moving the sexual life force energies through the body, some that are safest to practice with a teacher.

If you are ready to open up more energy and health by harnessing sexual energy, you may find Tantra or Taoism a helpful pursuit

6. Sieving
The prostate also acts as sieve and removes toxins or waste for defense of the sperm, which helps men chances of impregnation and also made sure that men start with the most favorable class of sperm. I consider this as the prostate’s most significant function and, at the same time, can be one of the main reasons there is a rising problem of prostate disease and cancer as men in Ghana and the black communities as we deal with more and more toxins or wastes in our food, water and the surroundings.

The prostate gland gives men their erections because the prostate erection nerves are in charge for erections. These nerves activate the penis to enlarge and solidify with added blood flowing into it, and this helps men in producing an erection.

So obviously, if these nerves, which attach to the sides of the prostate, get damaged then erectile difficulties are certain and they now call your inability to have sex with your woman due to prostate problem is called sleeping on duty!. That is why many medical prostate procedures (surgery or radiation) have an unwanted side effect of erectile difficulties or impotence and also when men have a problem with their prostate been it enlarged prostate et al the men have problem with their sex life, so if you are suffering from sexual difficulties please kindly check your prostate.

8. Secretions
Secretion is the process of elaborating, releasing, and oozing chemicals , or a secreted chemical substance from a cell or gland . In contrast to excretion , the substance may have a certain function, rather than being a waste product.

Prostatic secretions also play an expensive function by defending the urethra from urinary tract infections, which appear to be a great deal rarer in men than women.

9. Valves
The prostate, surrounds the upper part of the urethra tube just below the bladder (the prostatic urethra), its controls the flow of urine. It does this by preventing urine from exit the bladder, apart from when unrestricted by urination. It also prevents urine from destructive ejaculate during orgasm. It does this in a very critical way by using the two small prostatic muscles called sphincters. They act as gatekeepers with shut-off valves to control and regulate the dual-purpose urethra tube. These gatekeepers make sure the right fluids flow at the right time – urination or ejaculation. Great one by God and not a demon at all!

One of the sphincters is situated where the bladder and the upper part of the prostate convene (the interior upper sphincter). In a healthy state, it prevents urination until the man feels the need to go and pee and stops seminal fluid from moving backwards into the bladder during ejaculation. When injured, semen is pushed back into the bladder and finally exits with normal urination. This is known as retrograde ejaculation because the normal one is called ante grade ejaculation and is an added possible side effect of prostate surgery – no chance of seeding a woman then, Ronald M Bazar said this!

The second, external lower sphincter is at the bottom of the prostate and is subject to our control. It prevents dribbling after urinating and is how as men voluntarily can delay urination when ill-timed to go. Incontinence finally occurs when control of either sphincter is damaged and urine leaks or flows uncontrollably, this force many men with prostate problems to wear adult diapers.

But men can voluntarily control the lower sphincter and to stop urine or semen from moving if men have enough Kegel muscle control, the ability to squeeze the flow shut. Any one of these sphincter muscles will block the urine until the push for to peeing takes control and the timing is right to release and let the urine flow.

An enlarged prostate or BPH can squeeze the prostatic urethra tube and the upper or lower sphincter, making urination difficult with a host of unpleasant, uncontrollable symptoms. BPH surgeries that remove part of the prostate can easily have side effects of incontinence or retrograde ejaculation.

10. Father or God of male Hormones
I call the prostate gland the father of men hormones. Because, it contain a vital enzyme, 5-alpha-reductase. This enzyme converts the hormone testosterone in the body to DHT (dihydrotestosterone), which is at least ten to thirty times more powerful than simple testosterone. This potent hormone DHT has numerous function including male sexual drive and function. As men age and at a point in time, a build-up of toxins in the prostate may affect the production of this enzyme, which is then accountable for the declining sex drive in men as they age.

DHT and testosterone have erroneously been under attack as responsible hormones in prostate problems rather than the extreme rise in modern male estrogen levels, leading to medical interventions with serious side effects including lack of libido. Estrogen levels rise because of the predominance of estrogens in factory foods, commercial meats and dairy and estrogen-mimicking chemicals present in body-care and household products. It’s even found in our water and some plastic food packaging.

The prostate gland is a very complex gland with numerous functions; if you don’t take good care of it then certain prostate disease can cause havoc on your health. So I entreat you as men to do everything possible now that you know the functions of the prostate gland to be smart and pay close attention to your prostate gland likewise our women because they play a critical role in ensuring the health of our prostate gland. You see a detrimental prostate can have a huge impact on our sexual function and our daily urination. So you can describe it any way you want it but if you don’t take good care of it then you are in doom and your inability to enjoyed good has now been term sleeping on duty!