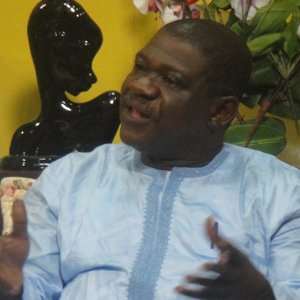 Accra, July 28, GNA - Mr Yaw Akrasi-Sarpong, Executive Secretary of the Narcotics Control Board, on Monday, called for an open debate, and an all-inclusive discussion with Civil Society Organisations (CSOs), to locally join in on-going global debates on the drug issue.

This, he said, would help confront the present challenges being faced globally, as far as the issues on narcotics use and trade were concerned.

He advocated for the decriminalization of Cannabis Sativa, with an argument drawn along lines, such as the consideration of the commercial benefits not only as a powerful medicinal plant, but for the production of various products, including soap and cosmetics, for export.

According to him, the immense benefits of the hemp oil, the seed and other parts of the plant for medicinal and other beneficial purposes, could be a great source of foreign exchange for African economies, if they were considered as such, because already there were various approved imported beauty products, particularly hair products, being sold on the market which contained active ingredients from cannabis, and these were being imported into the continent form the Western countries.

He said there was currently a growing recognition among the scientific community in the Western World of the immense benefit of cannabis, with respect to its commercial use, and were adopting new ways through science, to address the drug menace, instead of sticking to the old ways and a total ban of cannabis.

That is not to say that we must change the rules for those huge drug cartels, but to look at the real situation with a critical lens and segment them for proper redress, as the NACOB was still pursuing programmes including community education and skills development for parents and the youth to enable them to resist such temptation, he said.

Mr Akrasi-Sarpong was addressing participants at the opening of a six-day short course on Human Rights and Drugs Policy, organized by the University Of Ghana School Of Law, in collaboration with the Open Society Global Drug Policy Program and Open Society Initiative for West Africa (OSIWA).

Mr Akrasi-Sarpong challenged Africans to begin to ask the right questions, engage the right people in order to secure the right answers regarding the potency of existing Conventions and International Drug Policies to the people on the Continent.

He pointed out that most of these Conventions and Treaties had outlived their objectives, and needed to be reviewed to embrace modern trends.

He condemned the act of stigmatizing people with substance use disorders, and throwing them into jail, but suggested that such persons must be given public health attention and community assistance, to help them overcome their challenges.

Dr Kwadwo Appiagyei-Atua, Senior Lecturer at the University of Ghana School of Law and Course Coordinator said there have been recorded cases of serious human rights abuses, torture and ill treatment by police, mass incarceration, extrajudicial killings, arbitrary detention, and denial of essential medicines and basic health services in many countries globally, in efforts to control drug abuse.

He said drug control policies, and accompanying enforcement practices, often entrenched and exacerbated systematic discrimination against people who used drugs, driving people with serious health needs further underground, while people who were in chronic pain or who were living with debilitating illnesses were unable to get essential medicines, such as morphine (a pain relieving drug), because of excessive restrictions put in place to control opiate drugs.

He said the course would look at the human right aspects of the various drug policies, to ensure security for persons with such disorders.