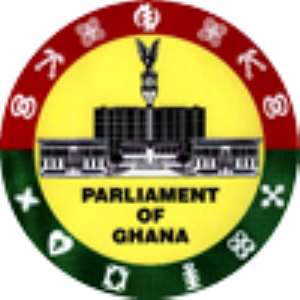 It is sad to witness Ghana’s delicate path toward time-tested (representative) democracy gradually descending into quasi-dictatorial political system; and, we have the majority of the MPs, if not all of them, to thank for this sickening development. Is it off-limit for ordinary Ghanaians to hold their MPs accountable by voicing their strong views about some of the lawmakers’ subpar performances without getting dragged before the bully subcommittee called “Privileges and Immunities”? The “Privileges and Immunities” clause speaks volumes about the privileged and heavily-guarded upper-class status of the MPs. More so, the clause arrogantly empowers the parliamentarians to “bestride the world like a colossus” as if unsusceptible to human foibles like everyone else in Ghana.

Meanwhile overtaxed Ghana underclass struggling every day to ensure that these unproductive but highly egoistic MPs still get the chance to enjoy their privileged lifestyles, are the very same “privileged group” trying hard to limit the public’s constitutional rights of free speech. It does not matter the members are also Ghanaian taxpayers; at least, they recoup their tax money via lucrative benefits and privileges the ordinary Ghanaians are not entitled to.

Today in Ghana, all that one has to do is say or write the “wrong word” about the MPs, and the inquisitorial or the bullying “Privileges and Immunities” Committee which erroneously hides under the cloak of “Article 155,” comes swinging at you from every angle. Many of the MPs’ (mis)perceptions or reactions toward the privileges and immunity provisions evidently show they seriously need tutelage regarding the rudiments of Ghana’s Constitution. The fact is either many of the MPs lack an in-depth understanding of the correct interpretations of the Constitution they have sworn to truthfully protect or they’re dismissing Ghanaians as not-too-smart enough to see through the veil of widespread ineptness in that people’s law-making institution.

Undeniably in true representative government, the law-making body or the parliament is one of the most indispensable components of democracy without which the whole political machine would be inoperable. The primacy of the legislative establishment is so conspicuous in efficient democracies that the first article of the US Constitution, for example, is devoted to the functions and limits of the Congress (the lawmaking chamber). This is because well-functioning democratic countries such as America understand that the rule of law lubricates the wheels of the political system. And, please, spare us the ignorant contention that we can’t compare the United States to Ghana, in that the former is not populated by super-human lawmakers.

Ghana’s prevailing political experiment is predicated on the rule of law just like the US or Britain; and, the place where the rule of law mostly originates is the parliament. This suggests that the law-making chamber must be above pettiness, trivialities, and warped thinking arguments. Suffice to say, self-governing legislative branch requires independent-minded, knowledgeable, and critical thinking people working collaboratively with the other two branches—Executive and Judiciary—to help create political culture with human touch not detached from the ordinary citizens. Keep in mind the Parliament is not a hangout for crying babies, intellectual lightweights, neither is it for any simpleton politician craving for “15-seconds of fame.”

Many Ghanaians are understandably frustrated, disillusioned, and do not trust the self-serving political culture of the well-connected. Rather than let the people vent their frustrations and discontents through free expression guaranteed in the Constitution, the MPs are more concerned about their self-admiration and public respect. Perhaps the honorable members appear to have forgotten that respect is two-way street: One good approach in earning people’s respect is to keep your promise to them and they will definitely respect you back. Using the contorted interpretation of a section of the Constitution to force people to respect you because you’re MP is a non-starter and more importantly, a usurpation of political powers. Quit turning the Parliament into bullying chamber.

The “unprivileged and less immune” people in Ghana deserve better treatment from the MPs than they are getting now. None of the three arms of the government, according to the country’s Constitution, is exempted from harsh criticisms by the ordinary Ghanaians. We get the part that the MPs cannot be held contempt or sent to court in performance of their duties from within the walls of Parliament. But, literally, the constitutional clause in question (Article 155) does not in any way specify that the MPs are so “privileged and immune” that their work can’t be examined and criticized by the public.

Although many of us are not fans of the Executive branch led by the president, yet one thing most of us may agree on is that President Mahama is criticized almost all the time, but he doesn’t drag his critics to his office for questioning about his reputation. The Akans have a proverb loosely translates in English that “If you can’t afford to give your in-law anything of value after visit, you don’t turn around to mistreat or accuse him/her for stealing from you.” Let the MPs use the taxpayers’ valuable time and meager resources to pass laws that will help put screws on the government’s ever-growing expenditure that has contributed to the national debt of 89.5bn GH Cedis which in turn has eaten up about “67% of Ghana’s GDP as of the end May 2015,” according to the Governor of the Bank of Ghana.

The author is based in GA, USA. He teaches political science, Critical Thinking and media influences on American culture at the university level. He can be reached at: [email protected]

Gov’t to set up 5-member committee to lead extensive stakeho...
38 minutes ago