Knocking The Doors Of UN Against Vatican 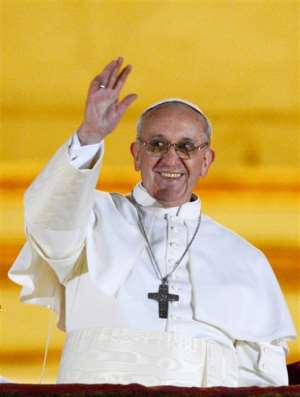 Few days back, Dalit Christian’s delegation had met with the representative of the United Nations Secretary General Ban Ki Moon and submitted a memorandum regarding alleged exploitation and torture by the Catholic Church and Vatican. The memorandum highlighted continuous discrimination of CBCI (Catholic Bishop Conference of India) on the Dalit Christians. The memorandum also pointed out that the Church is not ready to give Dalit Christians their due share in the church structure.

Indian Church has not even imagined that it will be exposed before the International organization so blatantly and that too by the people it claims to be a saviour. The Church has always portrayed itself as a protector of the rights of Dalits and the other deprived sections of the society in India.

It is worth to mention here that Dalit Christians constitute 70% of the total Christian population in India but they have no share in the Church-run institutions. The memorandum submitted to the Secretary General of UN, requested that Indian church stop harassing Dalits and other deprived sections of society based on caste with immediate effect, and if it fails to do so, the observer status of the Vatican should be suspended.

The Christianity started in India with the arrival of St. Thomas, a disciple of Jesus Christ that became popular at Malabar Coast in India. It paved the way to firm up the roots of imperialistic powers in the region. When India became a British colony, Christian missionaries got all facilities to expand and propagate its powers. Christian missionaries succeeded establishing its roots in the Tribal dominated regions of India. The government awarded them land and other facilities generously. It has given a boost to the conversion.

Missionary schools became a tool to propagate their ideas. It allowed them to create a literate population, which is by religion, Hindu, but not a Christian by thinking. It even allowed them to strengthen their roots in high-class society of India.

Dalits who embraced Christianity to get rid of the humiliating caste system of Hindus, felt cheated as they found no place in the Church system. Similar discriminations they continue to face in the Church system as well. And, the Church is completely responsible for their present pathetic situation. The Church has no intention to give them a respectable place. It does not want to spend their resources on their social upliftment. Mahars in Maharastra, Malas and Madigas in Andhra Pradesh, Chamars in Bihar, Santhals in Jharkhand and Lalbegi in Punjab converted to Christianity in large number. But, there is hardly any change in their social status. On the other hand, Hindu Dalits progressed a lot after getting reservation in government jobs and other institutions. They have also benefited in the era of privatization. However Dalit Christian’s status deteriorated even after conversion.

The church has immense resources in India and it has the biggest land bank after the government of India. But, there is no monitoring authority. If Hindus temples are regulated by Devasthanam Act, Muslims by the Waqf Board and Sikhs by SGPC, then why not there should be a monitoring authority for church as well. Poor Christian Liberation Movement (PCLM), an organisation working for the equal rights of converted Christians in India constantly struggling to introduce a regulatory system for the Church. According to a Kerala High Court judgement, the Vatican can only be a caretaker of the Church property by the Canon Law and this property should be used only for welfare of Christian communities. So, why not church spends this amount on the welfare of Poor Christians? It has always abdicated from its responsibility.

How many Dalit Christians out of figure stated above are Dean or Principal of these institutions? How many Dalits are doctors? And, how many of them are at the top position/rank in the Church-run social organizations. As far as Dalit Christian’s representations in Churches are concern, it is inexplicable. There is no Dalit cardinal in India, however out of 175 Bishops; there are only 9 Dalit Bishops. There are 1122 Dalit priests out of total 25000.