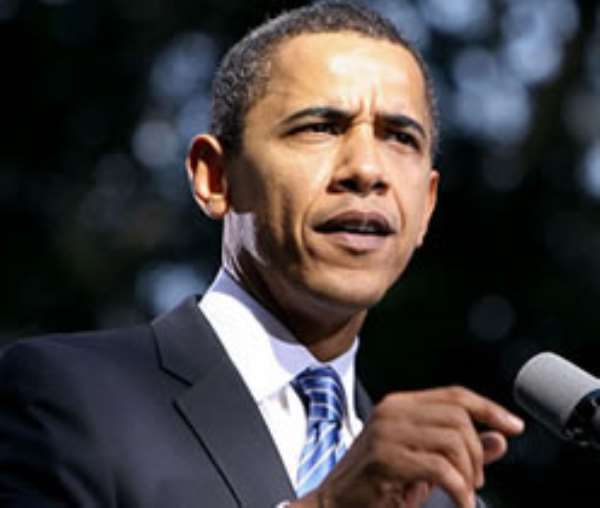 Kenyans have strongly warned the president of the United States of America Mr Barack Obama not to preach same-sex relationship when he visits the country – his ancestral home later this month. Politicians, lawmakers, business community, clergy and youths are all united in this warning that Mr Obama must not come to promote this immoral, unethical, unnatural, ungodly and unacceptable sexual preference in their country.

They told him that their country still respects the word of God and the course of nature. Irungu Kangata, a lawmaker in Kenyan President Uhuru Kenyatta’s the National Alliance (TNA) party, said that if the US president tries to bring the abortion and the gay agenda, then they (Kenyans) will surely tell him to shut up and go home. My God! Is this now where God’s own country and it’s once revered president have fallen into. Now, infamous and repulsive for promoting ungodliness and sodomy. What at pity! What a shame!!

But Irungu is not alone in this warning, Deputy President William Ruto speaking recently in a church in Nairobi said that homosexuality is against the plan of God and that God did not create man and woman so that men would marry men and women marry women. He made it clear that no amount of persuasions, theories or philosophy will make Kenyans change their position. Listen to him, “We believe in God, this is a God fearing nation and will continue to be so.”

As a people and government they are maintaining that homosexual relations are not only unnatural and but unAfrican. Justin Muturi, the speaker of the National Assembly, on his part said to an Anglican Church congregation: “Liberal thoughts are being entertained in some countries under the guise of human rights.”

He added: “We must be vigilant and guard against it. We must lead an upright society and not allow obnoxious behavior as we have a responsibility to protect our children.” And so many others. But Kenyans are not alone in this rejection of immoral enticement. Countries like Nigeria, Ghana and others have in the past rebuffed American, Britain and other sodomite nations and organizations on this issue, even when it is tied to aids.

Now, how has America exposed herself to this global ridicule? A country that was founded on the word of God? A country that has God enshrined in her constitution and currency? A country that is known as ‘God’s Own Country’ An acclaimed champion of Christianity and freedom? I am sure that people like John Adams, John Hancock, Charles Thompson and all of those 56 men — ministers, businessmen, teachers, university professors, sailors, captains, farmers, who signed the Declaration of Independence will be turning in pains in their graves. I can hear them lamenting aloud, “Is this what we labored and risked our lives for?” What a disappointment!