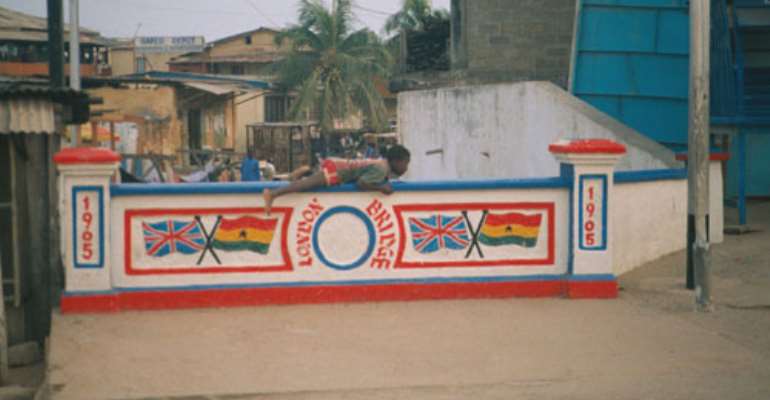 Leading members and the constituency executives of the New Patriotic Party (NPP) in Cape-Coast are struggling out to persuade most the of the youth who are threatening to vote what they termed as “skirt and blouse,” meaning they would vote for President Kufuor for the presidential slot and vote for Lawyer Barton Oduro, the National Democratic Congress (NDC) Parliamentary candidate in the December elections.

Currently, the youth have printed some party paraphernalia depicting Mr. J.A. Kufuor as the preferred Presidential candidate for the 2004 elections and Lawyer Barton Oduro, a prominent lawyer and board member of a couple of institutions, who contested and lost to the current Member of Parliament (MP), Ms. Christine Churcher, by a margin of almost 9,000 in the 2000 elections.

These pictures have been widely circulated in this coastal town known for its vitriolic and intensely political vibrations. Their reasons being that they wanted someone who will bring development to Cape-Coast, irrespective of his or her party affiliation.

Most of the NPP youth claimed that their intention to vote for Lawyer Oduro was not because of the primaries but that decision was taken when they realized that the incumbent Member of Parliament had failed them.

Most of these activists who preferred anonymity for fear of victimization told the paper that the NPP government in particular had failed to do anything concrete for Cape-Coast, citing example of the ¢10 billion youth fund which had been set for the youth in the Ashanti Region.

The aggrieved youth also said they always heard of scholarship schemes being given to some people, however none of the elders of the party had hinted them, let alone employing a few who are left to loiter around in the municipality.

Ms. Churcher is a Minister of State at the Ministry of Education, yet scant news of these scholarships are flowing, with Cape Coasters not benefiting.

Almost every taxi driver, the best source of opinion Chronicle reporters spoke to, dismissed Christine Churcher, once the lioness of Cape Coast, whose courage and zealousness combined with her oratorical prowess and with favourable media coverage to defeat the popular Vallis Akyianu, the former Chief Fire Officer.

This time round, the youth said they were prepared to show the executives and all powerful influentials in the party that if they had refused to recognize their contribution to the victory of the party, they would also advise themselves.

The MP's victory at the primaries has been put down to the heavy-duty presence of Ministers on a solidarity mission.

The MP, who used to command fanatical support especially among the fishermen and the low lives, is now a figure of scorn. She was booed when the President visited Cape Coast. She has grown wings, and snobbish even to the Press.

Meanwhile, sources close to the paper indicate that BNI operatives have been dispatched to unravel those behind the youth for quick action to be taken.