Life under the NPP is unbearable, so .... 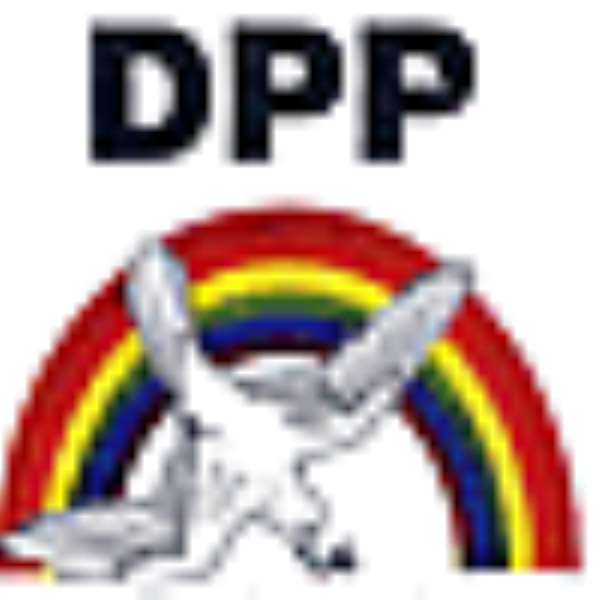 ... Vote For DPP The Brong Ahafo Regional Chairman of the Democratic People's Party (DPP), Mr Augustine Amanfo Antwi,has expressed concern about the poor living conditions of Ghanaians under the New Patriotic Party (NPP) administration and urged Ghanaians to vote for the DPP.

According to him, life under the NPP government has become unbearable as a result of high utility tariffs, high school fees and meagre salaries paid to workers. Mr Amanfo Antwi made those remarks at the party's regional meeting held in Sunyani to adopt strategies to win the presidential and parliamentary elections in the region.

He noted that the average Ghanaian could not afford the high cost of living, adding that the harsh economic conditions in the country had also contributed immensely to the recent moral decadence being experienced in the country. He stated that the NPP government had failed woefully in the management of the affairs of the country and had also not been able to fulfil the aspirations of Ghanaians after the 2000 elections.

Mr Amanfo Antwi therefore, called on Ghanaians to vote massively for the DPP to steer the affairs of the nation and to bring back the lost hope.He added that it would be a mistake for Ghanaians to return the NPP to power or even vote for the National Democratic Congress (NDC), since the policies pursed by both parties were inimical to the wellbeing of the masses in the society.

Nana Nsia Ababio, the DPP parliamentary candidate for the Hwidiem Constituency, urged supporters of the party to work hard to ensure total victory for the party, since Ghanaians were fed up with both the NPP and the NDC.

Mr Kinsford Fordjour and Nana Antwi Boasiako, DPP Parliamentary candidates for Sunyani West and East respectively, called on party supporters to desist from all negative tendencies in their campaign which tended to affect the fortunes of the party.

Hottest Photo Reports
Catch up with all the political quotes from our politicians.
Advertise here
More NPP News
ModernGhana Links
It's either we change leadership in Ashanti or we forget 2024 — NPP Delegates advised
"Greater Accra NPP is poised to recapture all lost seats in 2024" — Chairman Divine
With TESCON, nothing can stop NPP from 'breaking the eight' – Kwadaso MP
NPP flagbearership: I’m experienced now, I will contest for flagbearer in 2023 – Boakye Agyarko
We lost 32 seats in 2020 election; let’s work extra hard to break the 8 – Boakye Agyarko
NPP’s boycott of 1992 parliamentary elections was a ‘mistake’ – Hackman Owusu Agyeman
Don’t trust Mahama; he’s lost touch with reality – NPP to Ghanaians
Your unnecessary thank you tour full of lies, outrageous comments — Former NPP Organiser tells Mahama
People want to kick out arrogant Wontumi, so we will not allow him go unopposed — Adiza Zongo Pioneer
TOP STORIES

No government has mortgaged the future of the youth than NPP...
4 minutes ago