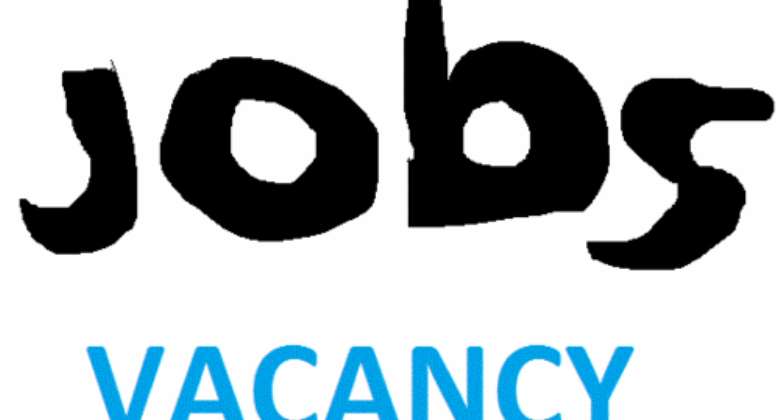 Year in year out, thousands of students complete various programmes of study from our ever increasing tertiary institutions. After the one year mandatory national service, they are left to their fate in the job market to seek sources of livelihood--seeking a job. The most frustrating experience in Ghana, as I type this piece, is to be a jobseeker as a graduate. To say it is frustrating is an understatement. Job-seekers get duped of thousands of Ghana Cedis some unscrupulous people in their bid to securing a meaningful source of living.

Unemployment has been a very thorny issue that our political leaders are aware of but often play the proverbial ostrich. Some politicians even rely on these frustrated jobseekers to further their political ambitions without doing anything to ameliorate the plight of these unemployed graduates.

Unemployment is a thorny issue because it has economic, social and political ramifications. If this issue is not well handled, the repercussions could be dire if left to fester. Political leadership is often quick to blame the high joblessness among graduates on lack of employable skills on the part of jobseekers. Employable skills are supposed to be acquired in the course of training in various institutions at the various levels of education. Unfortunately, these political leaders keep messing up the educational system by turning it into a political soccer. They change the educational system at will but stakeholders, not even parents, dare question the rationale behind such capricious and whimsical changes for fear of being given political tags.

Apart from messing up the educational system, they also mismanage the economy bringing almost all economic entities on their knees. The public sector is choked with political cronies who know next to zilch as regards their duties and obligations as public/civil servants. As a sequel to this, the public wage bill keeps ballooning. As a measure to halt the ballooning wage bill, government has placed an embargo on employment into the public sector not excluding two critical sectors—education and health--- which are in dire need of human resources. There has been an embargo on employment into the Ghana Education Service (GES) and the Ghana Health Service (GHS) for years. These are sectors that would ordinarily employ graduates who are trained professionals in these two sectors. However, the ban on public sector employment is keeping these professionals at home.

Meanwhile, the Minister of Finance, his deputies and government communicators keep bloviating that the ban on employment into the public sector does not cover the GES and the GHS. I humbly suggest they get to the ground to ascertain the veracity or otherwise of their claims. I can state unequivocally that those claims are mendacious, to say the least. The author of this piece is not advocating that government must necessarily employ graduates for the sake of it; however, there are numerous classrooms and health facilities that are in dire need of professional teachers and health workers respectively. On the issue of lack of employable skills that is always invoked by our leaders anytime unemployment comes up for discussion, what employable skill does a person trained as a teacher or a pharmacist lack? The person has been trained to perform a particular task and you must create the environment for such a person to work.

Another cliché our leaders often rely on when the high rate of unemployment comes up is that: jobseekers must learn to create their own jobs or employ themselves. How many of our public office holders have created their own jobs, employed themselves and others? Talk, they say, is cheap. If it is so easy to create jobs, why don’t they create the jobs themselves, employ themselves and others and vacate their positions in the public offices? Why do they go bribing electorates to win elections at all cost, if it is so easy to create jobs? How many people haven’t been sent home right from January to this moment as I type this piece? Their offense? There is an erratic and epileptic power supply—DUMSOR—making cost of doing business high. The local currency, the Cedi, suffers constant bullying from its international counterparts. Rationally, firms would have to cut down cost by downsizing—laying off workers---a move that that has been described as not smart.

Year in year out, how many business fold up and what are the reasons for folding up? The cost of credit is exorbitantly high. Government keeps crowding out the private sector through over-borrowing. These private entities liquidate, thanks to the incessant borrowing by the government leaving little or none for the private sector. All these compound the high rate of unemployment, especially among graduates. To make matters worse, jobseekers must have political connections to facilitate their appointment into the public sector irrespective of competence or ban or no ban. Competence has been thrown to the dogs and all one needs to survive the turbulent job market is to have a political god-father and belong to the party of the god-father.

If workers who are duly remunerated are reeling under the current economic conditions where everything keeps escalating ranging from utilities to fuel with the multiplier effects on the prices of goods and services and cost of living in general, where lies the fate of the unemployed graduate?

In summary, the current rate of unemployment is not a result of lack of employable skills but the result of poor management of the economy. Quintessential of our leaders, they keep blaming others but themselves others but themselves. What employable skills will a professional teacher or medical laboratory technologists need to function? Government must relax the ban on employment into the education and health subsectors. These sectors are too crucial to be denied the needed human resources for effective development of the human resource base of the country.

If immediate and timeous measures are not put in place to arrest the current unemployment situation, we will be sowing the wind to reap the whirlwind at the opportune time. Let’s not always deceive ourselves that Ghana is peace-loving country, for no country is a war-loving one. Circumstances push people to act the way they do. I am not by this inciting lawlessness or violence. But what happened in Tunisia is a living testimony for all to see. It can be replicated in Ghana. Unemployment is a national security issue and must be tackled as such. Create the needed atmosphere for business to thrive and employ, rather than lay off, workers as it the norm now. I would end by quoting the only physics law I still remember, Newton’s Third Law of motion: “For every action, there is an opposite and equal reaction”.

The Clerks of Parliament walked me to my reserved seat in th...
56 minutes ago